Label TV positions as the tenor of TV satellite coverage in Africa: from Praïa to Port Louis, Casablanca to Cape Town

(LABEL TV) - As from March 1st 2018, LABEL TV, in its strategic development, intensifies its satellite broadcasting and reception network positioning itself as the channel which covers Africa best, all African and international channels included.

Label TV therefore positions as the tenor of TV satellite broadcasting in Africa on 6 positions: one in C Band covering up to Americas, all Africa, Europe and a good portion of Near and Middle East in KU Band that will allow presence on various platforms, bouquets but also DTH (direct To Home) reception on small 60 cms dishes.

Label TV then joins the CANAL + Afrique bouquet, the first satellite Pay TV operator in francophone with over three millions subscribers. As at March 1st, it will be on 393, then after next referencing plan to be announced later on Nr.36 of Canal + Afrique bouquet starting with the ACCESS option.

The new KU Band service on SES 5 Sub-Sahara provided by SES NEWSKIES will allow completing the total coverage of the continent towards Southern Africa, East Africa and the Indian Ocean. In addition a Zixi contribution enables direct web streaming of our signal.

The Audio sub-carrier will allow airing the signal of LABEL STREET RADIO.

Label TV which contracted with Eutelsat, the parent company of Fransat, services to broadcast on EUTELSAT 5WA will also be relayed by Fransat, a distributor of services audio-visual services by satellite on metropolitan France and will be automatically referenced in the reception -decoders certified et branded « Fransat Via Eutelsat » as per the numbering plan determined by Fransat and assigning number 204 to the channel.

LABEL TV displays and affirms with strong resolution its pan African orientation with a focus on the continent, its relations with the rest of the world, its potentials, and the whole inscribed under international beaming.

Announcing these major steps in Dubai at the opening of DISCOP DUBAÏ 2018 where LABEL TV is an attraction at the Africa Pavilion Mactar Silla (photo), Chairman & CEO of the Group reiterated his conviction that «LABEL RADIO TV is the very first panafrican media groups by its staff, content, implementation and distribution network ».

Accompanied by his Director General Ousmane CISSE, some colleagues and a Representative of ANINF, Gabon’s National Digital Infrastructures and Frequencies Agency, Mactar Silla whose address is well expected as GUEST SPEAKER on the theme « CROSSING BORDERS- DISCOVER AFRICA: SUB-SAHARAN AFRICA MARKETPLACE & RELATIONS WITH THE MIDDLE EAST » already lays the law down: «Our Group has the vocation, ambition and duty to work for greater professionalization of the audio-visual sector in our continent , to contribute to produce and broadcast essential original content in a world going more and more digital and competitive. With the launch of our Radio and TV schedules, our unprecedented African coverage beyond all barriers, LABEL TV confirms its ambitions, its strategic positioning and its editorial anchorage: AFRICA in its realities, its diversity, its achievements, solutions, hopes and perspectives. Our conviction remains strongly that Audio-visual Africa is to be constructed with optimism so as to accompany the emergence of the continent, to reflect its pluralistic picture and contribute to sustainable development with effects shared by all. »

LABEL TV and LABEL RADIO are channels edited by MS CONSULTING, an Unipersonal Company with Limited Responsibility founded by Mactar SILLA, Group Chairman & CEO G (former boss of public Radio Télévision Sénégalaise (RTS), private STV in Cameroon, international francophone Paris-based TV5 Afrique , WorldSpace West Africa(USA) and Africaonline (Kenya /UK) and placed under the General Management of Ousmane CISSE, an Economist and Fiscal Expert, former Director of Administration and Finance of RTS (Senegal) and Director General of private 2STV (Senegal). Conceived in its implementation as and integrated and integrative project and considered as the very first panafrican media group by its staff, its content, its localization, the project was launched on August 14, 2017 in Libreville (Gabon). Label Radio TV aspires to position as a Showcase and Voice for Emerging Africa deeply rooted in the heart of the Continent and opening out on various geographical and cultural areas. It takes into account the strategic stakes of the most essential communication sector due to its impact on daily life in a period of profound technological changes. It includes recent developments in Africa, entrant new actors, but also, the reality of the continent’s marginalisation in the industry of content, production, edition, distribution of programmes and added value services. It federates a group among the best professionals in the sector as well as young talents (press, agency, radio, TV, multimedia, etc.), ready to build together a platform of excellence. 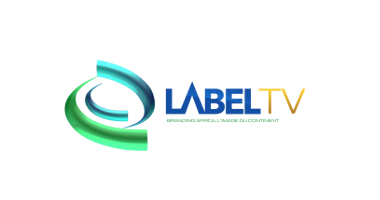