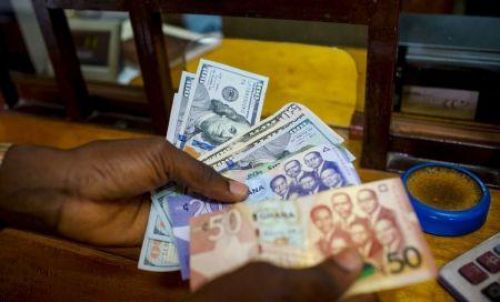 (Ecofin Agency) - Ghana's economy is currently affected by high inflation and a weak currency.  Commercial banks have been resilient so far, but it is unclear whether their performance will remain as strong as it was in 2021.

Despite the current economic environment, commercial banks operating in Ghana are showing signs of resilience. In its Monetary Policy Committee Press release published on May 23, the country’s central bank, Bank of Ghana, pointed at the banking sector’s strong performance in April 2022.

“Developments in the banking sector indicated strong performance, despite the reversal of the COVID-19 regulatory relief measures in March 2022. Total assets rose to GH¢194.3 billion at end-April 2022, which represented 24.8 percent annual growth, relative to 16.4 percent growth in the previous year. [...] The Non-Performing Loan ratio eased to 14.3 percent at end-April 2022, compared with 15.5 percent in the previous year, signaling some improvement in asset quality during the year,” the release explained.

However, the banks’ real performance can not be assessed until the publication of Q2-2022 performance reports. Currently, according to market data assessed by Ecofin Agency, inflation is high (+23% in April 2022) and the local currency is at its 10-year low. As it is now, the inflation rate is higher than the interest rate on the government’s 10-year bonds (the interest rate is currently 21.8%).

The situation is currently favorable for banks whose shareholders are mostly nationals. Indeed, though the central bank’s prime rate is raised to 19%, those banks can still make good profits from their investments in government securities whose maturation period is below six months (the average interest rate on those bills is 16.2%).

On the other hand, it is less favorable for banks whose performances are consolidated in foreign currencies. Their parent companies may sustain losses because notably of the depreciated cedi. The financial institutions in that category are the local subsidiaries of Ecobank, Societe Generale, Standard Chartered Bank, and Cal Bank, whose shareholding includes several international investment firms like the Saudi Arabian Investment Fund and the International Finance Corporation (IFC).