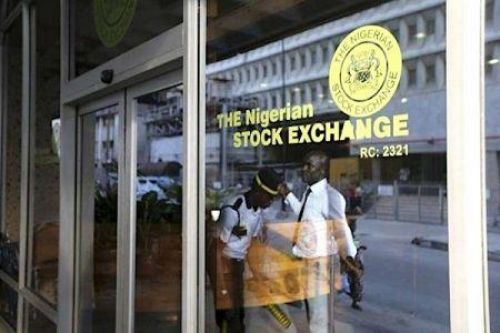 (Ecofin Agency) - The Nigerian All-Share Index, which tracks the performance of all companies listed on the Lagos Stock Exchange, soared by 47.3% in 2020, according to data provided by Capital IQ. This is the best performance among all stock indexes worldwide over the period. The S&P 500, which gathers the top 500 largest listed US companies, only grew by 15.9% over the period reviewed.

According to purely financial logic, investments are made only following margins. From this point of view, each position acquired on the Lagos stock exchange generated a more attractive return than if it had been taken on the 500 largest American companies. Under these conditions, the Nigerian All-Share Index also outperformed indexes such as the MSCI Frontier Market Africa, which gathers the 28 largest companies listed on 13 African financial markets, and which posted a return of -2.1% over the period.

The Nigerian index was also better than the CAC 40, which includes the 40 largest companies listed in France (8.1%), the Moroccan MASI (-6.8%), and the top 10 companies listed on the WAEMU Regional Stock Exchange (-10.8%). Finally, the performance of the Nigerian stock exchange is nearly twice as good as that of the same period in 2019 (+27.4%).

This dynamic growth in Nigeria could surprise some, especially since in 2020, Africa’s largest economy by GDP suffered its second recession in 5 years, exacerbated by a sharp decline in oil prices, the country’s first export product. The coronavirus pandemic has also hit the Nigerian economy, and foreign investors have divested their interest in the stock market.

In fact, during the year, the lockdown imposed by the federal government of this country came on top of the closure of borders with neighboring countries. In this context, people and companies with savings had no choice but to invest their money in government-issued debt securities. The strong demand for these products led to a historic decline in interest yields.

The Nigerian Stock Exchange: A haven for investors from growing inflation.

In addition to this drop in interest, inflation (price increases) reached levels that had not been seen in 3 years (a little more than 14%), cutting the small margins generated on government bonds. As foreign investors left Nigeria, the shares of listed companies proved to be more accessible and more profitable, which justifies the strong increase in the index.

The evolution should depend on that of the global pandemic context, and also the trend in oil prices, two important factors for the recovery of Nigeria's economy. The federal government has decided to reopen its borders. This is expected to bring down inflation, especially food inflation, and restore interest on short-term government bonds.

It should also be stressed that the profitability of the Nigerian stock market is relative. Ecofin Agency has noted that in absolute terms the global stock market capital gain generated by the Top 20 companies listed in Africa, including 2 from Nigeria, was only $28.8 billion, against more than $3,900 billion for the Top 20 companies listed on the North American financial markets, and nearly $1,017 billion for that of Asia. China set aside, the factor of stock market speculation has outperformed the performance of the real economy.