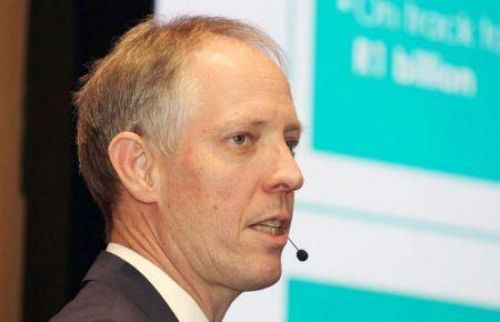 (Ecofin Agency) - Old Mutual, the leading insurance group in Africa by turnover, has estimated at nearly 2.8 billion rand ($168.2 million) the value of losses it recorded in the first half of 2020, due to covid-19.

This negative impact was mainly observed in the life insurance segment, as the group set aside 1.3 billion rand in provisions for some of its clients. The company also reported unrealized gains of 698 million rand in its investment segment.

“Covid-19 has had an unprecedented impact on our businesses, our lives and the way we work and interact,” said Iain Williamson (pictured), CEO of Old Mutual.

In addition to these direct losses, the insurer's net income was also negatively impacted by the decline in the value of its equity stake in Nedbank, one of the four major banking groups in South Africa. This impairment was recognized for 8.7 billion rand, due to the Bank's weak performance.

However, even without the pandemic, the company would have posted a 4% decline in net income during the period analyzed. One of the reasons is the decline in net margins on its financing activities, as it had to make substantial provisions for possible credit risks.