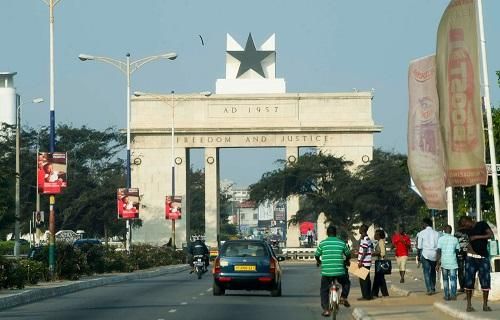 (Ecofin Agency) - Ghana’s debt could rise by 26% to 104% of GDP this year -due notably to a strong depreciation of the Cedi, which is one of the worst performing currencies in the world currently. Also, there is news about a new economic program being negotiated with the IMF. In that light, the main fear now conveyed by Moody’s and similar rating agencies is the idea of a debt restructuring, which they assimilate with a  debt default.

After Fitch, Moody's also downgraded Ghana's credit ratings, fearing a public debt restructuring with the country getting into advanced discussions with the IMF, its last chance to contain rampant inflation, which is seriously affecting Cedi, the national currency.

Concerned that the ongoing negotiations between the government and the IMF could lead to a financing program that would include a request for the restructuring of public debt, the rating agency decided to downgrade the long-term issuer rating and senior unsecured debt from Caa1 to Caa2 (highly Speculative Category). The agency warned that the country has been placed “on review for downgrade.”

"Such a restructuring would likely be considered a distressed exchange and thereby a default under the rating agency’s definition," explained Moody's whose rating actions (along with its peers), are increasingly contested in Africa.

Ghana currently faces a major macroeconomic crisis. To address that crisis, the government is negotiating an economic progrùma with the IMF to "restore its credibility" with its partners, investors notably.

For Moody's, "the rating downgrade to Caa2 reflects the recent macroeconomic deterioration, further heightening the government’s liquidity and debt sustainability difficulties and increasing the risk of default."

The government recently tightened monetary policy in response to global shocks. However, inflation is still rising, sending the local currency to its lowest levels. As of August 2022, the country’s inflation was 34%, the highest recorded since July 2001. The Ghanaian cedi lost 40% of its value against the US dollars between January and August 2022, becoming the second worst performing currency in the world. In the last three months alone, the Ghanaian currency has lost almost 21% of its value against the US dollar.

The fall undoubtedly affects price levels as the country is a major importer. It is among the ten global economies most affected by inflation. Neither the central bank's rate hikes nor fiscal measures were able to slow the price rises.

The U.S. agency goes so far as to believe that Ghana is on the brink of default, even though the country has not defaulted on its bonds and loans since 1983.

"Higher government borrowing costs have rapidly increased its interest spending, which consumed almost half of the government’s revenue in 2021, a proportion Moody’s forecasts to rise to 58% in 2022, one of the highest globally [...] Because foreign currency-denominated debt accounted for 37% of GDP at end of 2021, Moody’s forecasts that the currency depreciation over 2022 will be the main contributor to the rise in the debt-to-GDP ratio this year to more than 100% of GDP," it adds.