Senegal : a parametric insurance product for the cotton sector created by FINACTU, CNASS and BOAD

(FINACTU) - In Senegal, FINACTU assists the National Agricultural Insurance Company of Senegal (CNAAS) in the creation and launching of a parametric insurance product for the cotton sector at the national level against climate risks, with the support of the West African Development Bank(BOAD).

In the summer of 2017, all cotton producers in Senegal subscribed to the first national index-based insurance policy. FINACTU is very proud to have participated in this success within the framework of the mandate of technical assistance to the West African Development Bank which it taken on since 2014.

With nearly 40,000 insured producers, it is one of the largest index-based insurance projects in sub-Saharan Africa protecting against climate hazards. As Denis CHEMILLIER-GENDREAU, President of FINACTU, points out, "This success is based on the conviction, consistently developed by FINACTU for years, that agricultural insurance can only develop through the use of aggregators. who distribute them ". In this case, the distribution of this product has been integrated into the agricultural input financing circuit, in the same way as fertilizers, with the valuable assistance of the National Federation of Cotton Producers (CNPC), the Textile Fiber Development Company (SODEFITEX), and financial support from the Caisse Nationale du Crédit Agricole du Senegal (CNCAS).

This great success that CNAAS and its partners have just achieved must become a reference in the sub-region for several reasons:

The product is insured by CNAAS and reinsured by a leading reinsurance consortium of AXA, AFRICA RE, and CICA RE.

As stated by Pape Ndiaye, CEO of CNAAS: "This is a complex project that was initiated by BOAD, FINACTU and CNAAS. We have encountered a lot of difficulties in the last few months, before coming up with a "tailor-made" insurance policy for cotton producers. And it was during these difficult times that I was able to count on the support of my partners Bachir DIOP (Editor's note: CEO of SODEFITEX), Malick NDIAYE (Editor's note: CEO of CNCAS), and Moussa SABALY (Editor's note: President FNPC). Even if we have just passed a major milestone, the project is not finished yet: we must now continue to carry out all the activities planned by the project. And I know I can always count on the support of the FINACTU teams."

This project demonstrates the strong capacity of stakeholders to work hand in hand: BOAD, CNAAS, SODEFITEX, FNPC and the Producers Unions, Crédit Agricole, the National Agency of Civil Aviation and Meteorology (ANACIM), and all the Ministerial Departments involved (Insurance Department, Economic and Financial Cooperation Department, etc.).

FINACTU is very proud to have participated alongside BOAD, as Stéphanie SOEDJEDE, Senior Actuary and project manager at FINACTU, points out: "The initiative of BOAD, through its UEMOA crop insurance program, confirms it is possible to achieve tangible results and move from pilot projects to large-scale projects. I hope that tomorrow - after Senegal - other countries will take advantage of the tremendous opportunity that BOAD offers them, because covering an entire agricultural sector against climate risks is a complex project, and this requires funding from expertise ... and willpower! "   www.finactu.com

The West African Development Bank (BOAD) is the joint institution for financing the development of the States of the West African Monetary Union (WAMU). It was created by Accord signed on November 14, 1973. BOAD became operational in 1976. Its shareholding is made up of UEMOA member states: Benin, Burkina Faso, Ivory Coast, Guinea Bissau, Mali, Niger, Senegal , Togo- BCEAO (Central Bank) and Non-Regional Shareholders: AfDB, EIB, France, Belgium, Germany, EXIMBANK of India, People's Republic of China, Kingdom of Morocco. By treaty of the West African Economic and Monetary Union (WAEMU) signed on January 10, 1994 and entered into force on August 1, 1994, BOAD is a specialized and autonomous institution of the Union. It contributes "in complete independence to the achievement of WAEMU objectives without prejudice to the objectives assigned to it by the WAMU Treaty". BOAD is an international public body whose object, according to Article 2 of its Statutes, is "to promote the balanced development of the Member States and to achieve the economic integration of West Africa" by funding priority development projects.

The Crop Insurance Program was initiated by BOAD following the food crisis in the WAEMU zone in 2008. BOAD has rightly considered that climatic hazards are a limiting factor to the development of prosperous, effective and sustainable agriculture. Thus, BOAD made the decision to support the WAEMU States' efforts in the management of climate risks in addition to its interventions in the financing of agricultural projects. As part of the implementation of this program, BOAD recruited, by international tender, the FINACTU firm, specialist in agricultural insurance, to provide technical assistance. www.boad.org 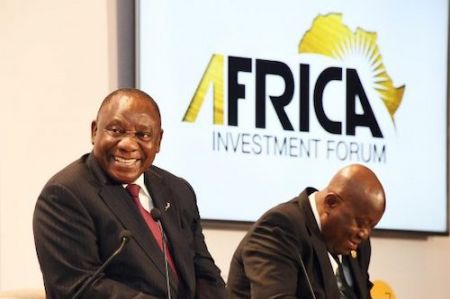