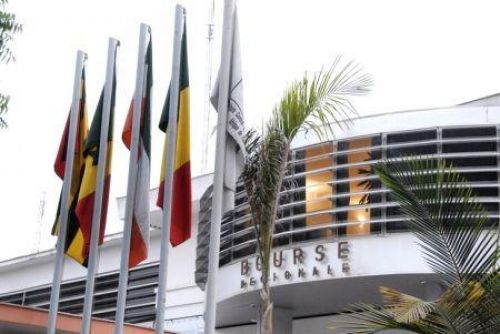 The result does not include Ecobank Transnational Incorporated, which has a different status, and BICI CI, which has not published its results so far.
This 8% increase hides a disparity since 5 of these 12 banks saw their quarterly net margins decline but none of them reported a loss. Except for Coris Bank, NSIA Banque CI and BOA Senegal, the Net Banking Income of the 9 other banks listed on the BRVM and which published their first-quarter results increased significantly, as did BOA Côte d'Ivoire which posted a 27% increase in its NBI over the period, and Societe Generale Côte d'Ivoire which reached CFA40 billion.

Several banks that published their results reported pressure on commission income due in particular to a decline in foreign exchange operations. However, the majority reported strong interest income on loans placed with their respective customers.

In this sub-region where banks already benefit from tax exemptions on the returns they receive from government securities, no restrictions on dividend distribution for the 2019 fiscal year have been taken, as is the case in Ghana, South Africa, and Uganda. The majority of banks say they are still in the process of assessing the economic impacts of covid-19 on their activities, as some countries have been more affected than others.

In almost all WAEMU countries, containment measures are gradually being loosened. This initial news from the banking sector on the WAEMU stock exchange indicates that the resistance to covid-19 of financial enterprises in the sub-region will be almost as strong as the health response in the region.

The second-quarter results will provide more perspectives for the various analyses.