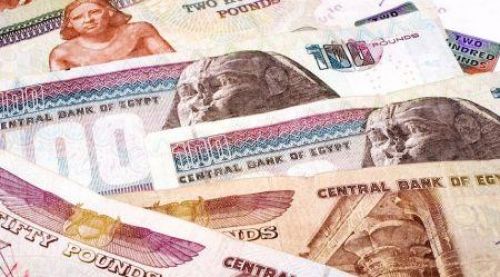 (Ecofin Agency) - External debt has long supported Egypt's international liquidity. However, the normalization of the debt market in developed countries exacerbates devaluation risks on the local currency. The application of high interest rates is risky, with possible adverse effects on the country.

The effects are all the more important as the central banks of the United States and the eurozone are exploring the possibility of buying back the bonds issued by governments under their jurisdiction. Inflation in Europe reached 3% by the end of August this year; the highest level in the past decade. Growing inflation is also observed in the U.S.

Over the past decade, central banks in Europe and the US have tried to increase inflation by buying up bonds issued by the countries in the secondary market. They wanted to prevent the spread of negative interest rates, a situation in which holders of capital pay borrowers to give them money. Indeed, low inflation pulls interest rates down.

At the peak of this low-interest-rate period, in Europe and the US, investors were looking for new profitability opportunities, and countries like Egypt matched this need. Egypt needed foreign currency liquidity to support difficult reforms imposed by the International Monetary Fund (IMF). The country's authorities opted for bonds issued in local currency, but with high yields, despite high inflation.

During the period when the country was ruled by the Muslim Brotherhood, the external situation of its economy deteriorated, and the forex buffers that serve as payment in external markets almost halved. It was therefore necessary to provide sufficient incentives to attract foreign capital. The result was positive, and the fallouts of the Covid-19 pandemic on developed bond markets maximized the interest for foreign investors.

S&P Global Ratings found that the outstanding amount of bonds issued in Egyptian pounds and held by foreign investors increased from $10 billion in June 2020 to $30 billion by August 31, 2021. The downside is that with the normalization of rates in the European and US markets, investors may express the need to withdraw their capital from Egypt and reinvest it in what are considered "safer investments".

Today, the only incentive Egypt has to keep these investors is interest rates. The country is quite generous even among emerging countries like Ghana, South Africa, and Kenya. But this high cost of debt is already threatening its fiscal policy. Interest payments on the debt have averaged 45% of government revenue over the past five years, and S&P Global Ratings expects them to rise to closer to 50%.

Countries like Nigeria suffered lower real yields on bonds. Inflation in Africa's most populous economy increased and, as a result, the yield on one-year bonds has turned negative. This has led to a reduction in capital imports, resulting in a devaluation of the local currency -Naira. The same scenario looms over Egypt.

According to Moody's, Egypt needs an additional 30 to 40% of GDP to finance its budget. However, observers believe that a further rise of the debt service could increase the pressure on foreign exchange reserves and therefore the stability of the Egyptian pound. At the end of July 2021, these reserves were estimated at $40 billion by the Central Bank of Egypt. This is a stable level since the beginning of the year, but it is $5.5 billion lower than the peak reached at the end of February 2020.