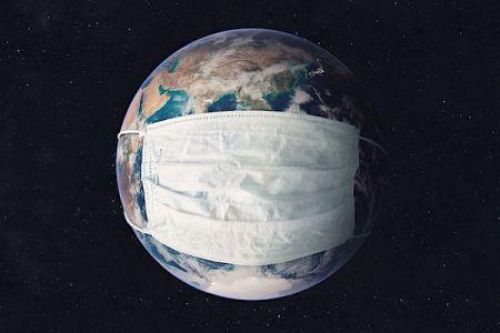 (Ecofin Agency) - The loss of value added to the global economy in 2020 is estimated at $2807.7 billion, according to calculations by Ecofin Agency based on the IMF's world economic outlook issued this month. Although the Covid-19 pandemic has been harsh on the global economy, its impact is less than that of the 2008 financial crisis, which caused the world to lose about $3,356.2 billion.

For this year, the IMF expects an addition of $9,326.16 billion to the global economy. The confirmation of this trend will mark a record GDP growth in absolute terms since the 2008 crisis. The world seems to be recovering quickly from a situation whose impacts are still being felt. The recovery will mainly be driven by China, the United States and India, IMF estimates.

However, this upswing hides a number of weaknesses in the international economy system. In a country like the USA, which is driving global growth, the Covid-19 crisis has resulted in record performances on the stock market, driven up by technology stocks, many of which do not even pay dividends and are now worth more than 50 times their annual income, according to data from Capital IQ

The other financial sector that has benefited from Covid-19 is the large investment banks. In addition to earning more fees and commissions on stock market transactions, they have also benefited from a strong demand for financial resources in the international debt market. According to data from the Institute of International Finance, all countries collectively borrowed $12 trillion in 2020. But to support their economies, they collectively spent $14 trillion, according to the IMF's Public Expenditure Tracking Report released in January 2021.

One solution for equitable economic governance in the face of global shocks, and one that was advocated by the Ecofin Agency, would be for the International Monetary Fund to act as the central banker of last resort. The multilateralism that characterizes the institution, despite the dominance of the G20, gives it the opportunity to support a global economic recovery in line with the current requirements of sustainable development. The idea has faced challenges, but is beginning to gain interest from the international community.