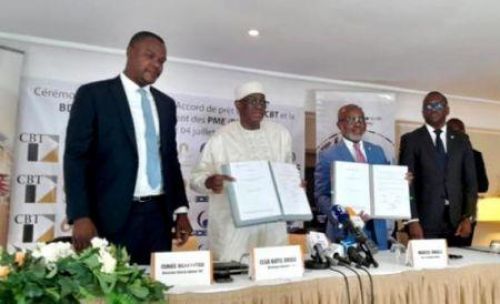 (Ecofin Agency) - The loan is in line with one of the commitments made by Chad in December 2021 to improve its banking system. It is intended to recapitalize Commercial Bank Chad.

Commercial Bank Chad signed, Monday (July  4), a XAF15 billion (US$23.2 million) loan agreement with the Development Bank of Central African States (BDEAC). The agreement was announced the following day in a release issued by the BDEAC.

Thanks to the loan, "Commercial Bank Chad will deploy a better post-covid-19 response, profiting Chadian economic operators, notably SMEs and SMIs which are poorly exploited segments of its portfolio,” the release reads.

For the BDEAC (a 2.01 percent stakeholder in Comercial Bank Chad), the response schemes deployed by the bank thanks to the loan will help beneficiaries boost their revenues and expand operations. The development bank adds that through that financial support, it wants to fund actors whose financial needs are usually below its minimum intervention threshold.

In December 2021, in the framework of its proposed 3-year extended credit facility, Chad committed to improving its banking system by implementing target structural reforms between 2021 and 2024.  One of those reforms was the recapitalization of Commercial Bank Chad.