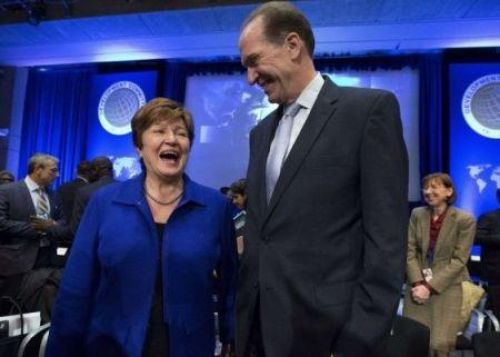 (Ecofin Agency) - According to the think tank, African companies and governments could have improved access to international markets if the IMF and World Bank’s debt sustainability framework is reformed.

One of the solutions to improve African countries' access to international capital markets and mobilize much-needed capital is to revise the IMF debt sustainability framework, according to Development Reimagined, a think tank made up of various development consultants.

“The IMF and World Bank Debt Sustainability Analysis’s (DSA) main objective is to monitor low-income countries' debt levels by classing them as either low, moderate, high, or at risk of debt distress, with the majority of African countries falling in the last two categories,” the think tank explains in a recent report published days to the World Bank and IMF annual meetings.

As a result of the IMF/World Bank risk perception (often echoed by rating agencies), access to international capital markets prove challenging for many African countries due to a high-risk premium. According to data collected by Development Reimagined, currently, globally, 79 countries have a debt-to-GDP ratio exceeding 60%. However, only the 23 African countries on that list are classified by the IMF and the World Bank as debt-distressed countries.

The issue arises at a time when African countries need to mobilize more resources to achieve several development objectives while continuing to meet residents’ expectations. For the time being, they mostly resort to domestic capital markets -which are still fragmented and mostly illiquid- to source most of the funds they need.