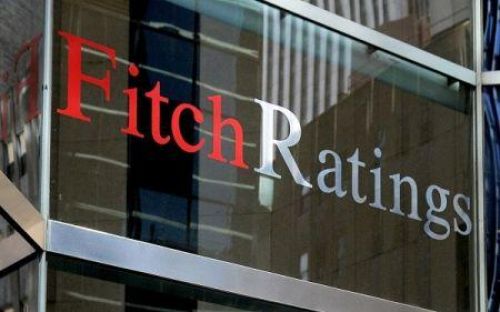 (Ecofin Agency) - While praising the resilience of African banks in complex domestic and international conditions, Fitch Ratings believes that persistent imbalances in China or a government debt crisis in the region are risks to watch.

Government debts and developments in the Chinese economy will test African banks’ current ability to withstand the shocks of rising global inflation, Fitch Ratings warns in its 2023 outlook on African banks.

According to Mahin Dissanayake, Fitch Ratings’s Senior Director - Head of African Banks, the most important risk for African banks is sovereign debt. With sovereign debt sensitivity risks being high across the region, a sovereign default will threaten the banks’ creditworthiness, he explains.

The report gives several reasons to prove that sovereign debt has been a challenge for African banks in 2022. Indeed, over the past two years, governments have borrowed heavily both on local and international markets to face the consequences of the Covid-19 pandemic and the supply chain crisis, which increased factor costs globally. In addition, the energy crisis caused by the Russia-Ukraine war has hiked energy prices.

In such conditions, public revenues have decreased and led governments to borrow more funds while almost every central bank has raised its key rates in attempts to curb inflation, leading to increased borrowing costs. For Fitch, the increase in borrowing costs has put additional pressure on debt service, making it difficult for governments to pay their debts.

Currently, the challenges faced by China are causing a drop in the price of commodities, which are major revenue-generating sources in Africa. The rising prices of commodities have supported bank revenues in Africa. Should their prices fall, it would become difficult for companies operating in those sectors to pay their debts. Based on that, the rating agency places 71% of the banks it rates in Africa in the speculative category, therefore weakening their ability to raise foreign exchange to serve their respective markets (Nigeria and Kenya notably).

The analysis also seems to downplay the said banks’ experience in navigating already challenging environments with narrow credit opportunities despite their obvious potential. In the WAEMU region, the BRVM-listed banks that have already published their results posted a net cumulative amount of XOF214 billion (US$441.9 million) for the first nine months of 2022. The result is up by 7% year-on,-year.

Also, according to Central Bank indicators, the excess reserves of banks in this sub-region reached XOF3.5 trillion at the end of June 2022. Overall data collected by Capital IQ indicates that the sector's overall net profit remains up by 18.5% for listed African banks. While this is a far cry from the record 68% increase in 2021 when Covid-19 rules were eased, it is one of the record performances achieved since 2018.