Flash and Moneygram : a partnership to facilitate the money transfer to the congolese population 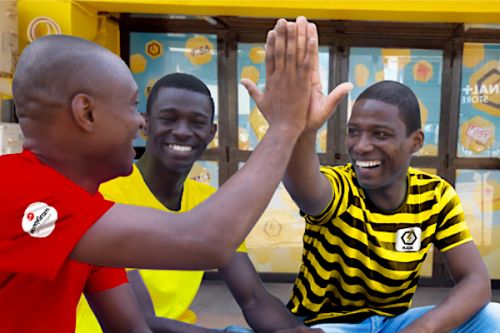 ( FLASH) - Leader in money transfer with a network of 160 own branches and thousands of sub-agents, FLASH is the largest financial messaging network in the Democratic Republic of Congo and the Republic of Congo, more than 3 million customers trust us in the Central African region.

Thanks to its aggregation platform, Flash has been able to integrate more than 25 financial and value-added services. The last added to the list was MoneyGram. Today, thanks to this partnership, MoneyGram is present on the entire Flash agent network including Flash / La Poste and Finca networks.

MoneyGram is an American international money transfer company. Its money transfer service connects millions of people in more than 200 countries. Already present in the Democratic Republic of Congo, and now thanks to the partnership with FLASH, MoneyGram will expand its presence in all over the Congo.

And to bring the Congolese population closer with this service, FLASH will directly integrate MoneyGram into its FlashApp mobile application in order to facilitate people living in the most remote areas to access their funds directly on their phone.

Flash International is a regulated financial company working in FinTech. It provides the aggregation of value-added and financial services such as: money transfer, mobile money, Visa cards, bank transfers, mobile recharge credits, internet packages, television subscriptions, payments of taxes and merchant payment services for more than 3 million customers in the Central African region through its network of 160 own agencies and thousands of Flash agents. The FLASH distribution platform and financial hub has more than 30 different products in its innovative application “FlashApp” available on Google Play and on the Apple Store. This mobile application is already operational in 3 African countries, Flash International currently has more than 4,000 Flash agents who actively participate in the financial inclusion of unbanked communities. For more information visit http://www.flash.one/

MoneyGram is an American money transfer company. It is leading the evolution of digital P2P payments. With a purpose-driven strategy to mobilize the movement of money, a strong culture of fintech innovation, and leading customer-centric capabilities, MoneyGram has grown to serve nearly 150 million people across the globe over the last five years. For more information, please visit www.MoneyGram.com and follow @MoneyGram