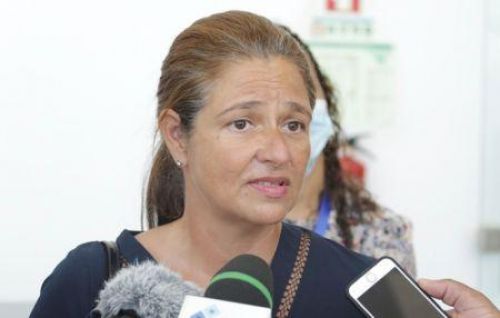 (Ecofin Agency) - Longer drought episodes and other climate disasters are worrying authorities in Cabo Verde. To limit the risk, they have initiated measures to increase the share of renewable energy in the country’s energy mix. The government reported that three consecutive years of drought have already affected 37% of the population.

The World Bank announced an investment of $7 million to increase Cabo Verde’s power generation capacity through renewable energy. The financing consists of two loans of $3.5 million each to be provided via the International Development Association and the International Bank for Reconstruction and Development.

In line with the country's Renewable Energy and Improved Utility Performance Project (REIUP), the World Bank support “will reduce Cabo Verde’s vulnerability to the volatility of imported fossil fuel prices and pave the way for a reduction in electricity prices, making the country more competitive and increasing households’ disposable income in the current context of post-COVID-19 economic recovery,” said Eneida Fernandes, Resident Representative for Cabo Verde.  The Canada Clean Energy and Forest Climate Facility (CCEFCF) is also backing the project with $7.5 million (of which $0.5 million is a grant and $7 million a loan) and the Global Infrastructure Facility is providing $2 million.

The government has been making efforts over the past decade to increase the share of renewable energy in its energy mix. In addition to improving renewable energy capacity by 3.9 MW, through the construction of small-scale solar photovoltaic plants, the REIUP project will reduce power system losses to 18% from 26%. One of the main objectives is also to reduce greenhouse gas emissions by 9000t CO2 equivalent per year.

On December 2-4, Cabo Verde hosted the 16th edition of the African Economic Conference where participants thoroughly discussed the issue of financing climate initiatives.