Frédéric Bouzigues about Human Rights Watch study : “We hope that the current debate will give rise to constructive solutions.”

(SMB ) - On Thursday, October 4, Human Rights Watch (HRW) published a study titled “What Do We Get Out of It? The Human Rights Impact of Bauxite Mining in Guinea.” HRW sheds light on the social and environmental impact of mining activities in the Boké region. Two companies in the region are targeted in particular: the historical operator Compagnie des Bauxites de Guinée (CBG) and Société Minière de Boké (SMB), which began operating more recently, in 2015. Frédéric Bouzigues, General Manager of SMB, has agreed to answer our questions.

SMB is the subject of several criticisms in the Human Rights Watch study. What do you think of this investigation?

We really appreciated the open and constructive approach taken by the Human Rights Watch investigators. It was a serious and well-documented endeavor with a real desire for dialogue with operators. However, some investigation methods are flawed, for example in measurements or samples taken. We would also like to note that the study is often based on oversimplified testimonies.

Furthermore, HRW gives the impression of pointing out problems or inadequacies we would not have identified. However, the majority of the points raised in the study have been the subject of corrective actions for quite a long time, some of which have had credible results since 2018, which weren’t taken into account in the study. So the study is organized such that we have individual testimonies, often about previous situations, on the one hand, and the responses from operators on the other. It’s better to follow up on these types of studies over time to determine whether mining companies are turning a deaf ear or continually working to improve, etc.

To conclude, SMB has been calling on reputable companies such as Louis Berger and SEES for several months to work on a thorough review of its various environmental and social management plans, along with a schedule of measures, monitoring, and potential corrective actions.

What examples of lack of rigor do you bring up in particular?

That’s difficult to answer. The impression that emerges from the systematic use of individual, often anonymous testimonies is a little perplexing. We don’t know the interview or sampling methods used for the various witnesses or residents of the Boké region. I don’t think this is reflective of the overall opinion of residents in the area.

It seems like the investigators rely on residents’ perceptions. There’s a natural tendency to go along with what they’re saying without necessarily using all the points raised by experts in health or environmental issues. A second opinion is necessary.

Despite the sense of seriousness it invokes, the HRW study is often more similar to a work of investigative journalism on residents’ perceptions, with an initial bias, than a sufficiently rigorous study that would provide operators with solutions.

Do you think that mining activities are beneficial to the region?

There is no doubt that Guinea must develop its mining potential. It holds resources that, if exploited, can help build its future. The problem with mining is well known: The exploitation of natural resources is limited. Therefore, the revenue derived from this wealth must be reinvested in a long-term goal. There remains the entire issue of implementing policies on local matters, social and community development, environmental protection, and restoration that can prepare for a post-mining society using an approach of territorial development.

Going back to the HRW study, the impact of mining activity in a region cannot be measured by resident testimonies alone, whether they are unhappy or happy with the events taking place. The development of the region, the number of jobs created, and the transfer of skills and technology must be put into perspective in order to have a comprehensive and objective view of the matter.

SMB hopes that the current debate will give rise to constructive solutions, with support from everyone: NGOs, local communities, the government, and industry stakeholders.

Meanwhile, we continue work on many ambitious short- and medium-term projects, first to stimulate the country’s industrialization by building a railroad and a refinery and then by preparing for a post-mining society by implementing agro-industrial projects along the railway, which will also open up the agricultural region of Boffa. It’s also by maintaining a long-term territorial approach that the mine can lead to economic development.

The study raises issues that seem serious, such as the loss of land and livelihoods, with an issue regarding the compensations paid, especially in terms of support.

We’ve implemented a compensation framework to ensure respect for community rights. Furthermore, SMB has proper operating agreements legally issued by the Republic of Guinea and works at the local level, with support from its community relations department, to ensure that customary land rights are recognized for individuals and communities. To this end, a compensation framework was implemented to ensure respect for these rights.

We’d like to emphasize three factors that illustrate SMB’s exemplary nature in the matter: To date, there has been no displacement of the people living on the lands that SMB has operating licenses for. And our goal is for this to never happen.

To date, no one affected by the licenses had a formal land title, only rights of use granted by the head of the family, which SMB makes every effort to consider in light of the considerable land registry issue in Guinea. Finally, in collaboration with our community relations department, compensations are paid either to the user recognized by the individual right of use or to the community representative recognized as such by the community.

SMB is committed to systematically offering support to people receiving compensation (by check), and if they accept to provide them with assistance. We are aware that these are very large sums of money that can suddenly destabilize the budgetary balance of certain households and village. We offer alternatives with SEES in the form of income-generating activities (IGA).

You are accused of favoring men and even having created the tragic circumstances of migration to Europe through Libya.

With all due respect to HRW, that’s incredibly false. It’s the exact opposite: Only economic development can counteract the desire to emigrate.

I was shocked to read that we’re being accused of indirectly encouraging emigration. On the contrary, I believe that the economic development generated by mining activities is one of the long-term solutions against emigration and the tragedy it creates. I am certain that if the mining companies weren’t here, there would be even more young people leaving Boké. We cannot be held responsible for migration patterns, the causes and motivations of which are infinitely complex.

The International Organization for Migration, in agreement with the European Union, particularly recommends tackling the underlying causes of economic migration, including the effects of environmental degradation, by promoting community development and reinforcing the ability of governments to more strategically target development measures. This is exactly what we’re trying to implement in Boké.

Regarding the status of women, the consortium compensates the actual users of the land (men and/or women), and as such, women directly receive the proper amount of compensation. We have implemented projects and partnerships that fully integrate them into economic activity.

HRW points out serious problems such as reduced access to water resources. Residents complain about the worsening quality of river water, for example.

The Project is not a consumer of water, and watering our roads will become marginal with paving actions and stabilizer use as planned. HRW reports that residents in a dozen villages reported that drinking water sources are drying up. There are about a hundred villages around the project, and apparently there would be two to three villages impacted. We are engaged with all villages to provide an individual response to their issues, including access to water. Finally, HRW itself admits that the absence of public data truly prevents an assessment of the impact of mining activities on waterways.

We are highly aware of the need to be increasingly involved in water issues. As such, we hired the Guinean company SEES to undertake environmental and social monitoring and evaluation (M&E). M&E also includes economic and social aspects, but the first full results are expected in October. The study collects data for several months before analyzing and summarizing it.

There remains the question of air quality, something residents often complain about. They mention a red dust due to the mining and transportation of the ore that affects the health of residents who live close to the mining areas.

We’re surprised, and we’ll explain. Residents in the area mention health problems caused by the dust. Besides the fact that these diagnoses are not given by doctors, the only ones able to determine the actuality of an illness and its causes, this declaration still relies on measurements taken by others, including very limited measured taken by the BGEEE.

Moreover, HRW concedes that the doctors and health officials interviewed have all stated that in the absence of official air quality monitoring indicators provided by mining companies or reliable health statistics, it was impossible to draw definitive conclusions on the relationship between mining and respiratory illnesses.

HRW also recognizes that SMB has significantly reduced dust emission levels on its mining roads during the 2018 dry season by more frequently watering its roads.

We’ve taken drastic measures, starting with rigorous and systematic long-term measures. The international consultancy Louis Berger and local consultancy SEES, with whom we work, are taking readings that show that the corrective measures taken by SMB in the past few years (watering roads, planned and completed paving of several dozens of kilometers of mining roads, etc.) have already had noticeable effects on air quality. These readings have indicated mean PM10 and PM2.5 levels well below WHO standards. We are even in the process of experimenting with surfacing with an enzyme that could keep dust from rising.

We’re going even further since the impact M&E also conducts a comprehensive investigation (all affected villages) every six months of the various possible pollutants (water quality, dust, noise). For villages complaining about dust levels, a monthly monitoring of daytime and nighttime particulate matter concentration measures in and around villages is carried out. The purpose is to verify whether these complaints are justified or not and if so, to take corrective measures (watering roads, reducing truck speeds, restrictions on work carried out at night, etc.). 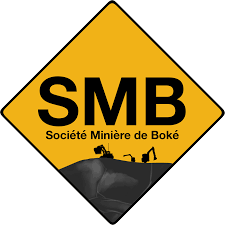