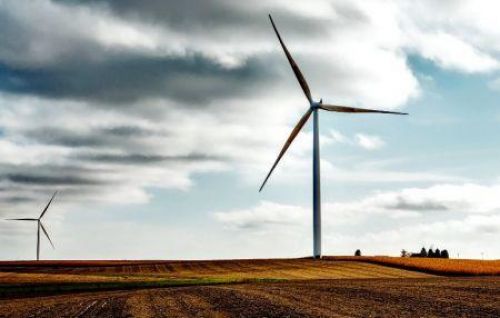 (Ecofin Agency) - Seven years after the creation of Lekela Power, Actis and the consortium led by Mainstream announced the sale of this power generation company presented as “Africa’s largest independent power producer."

The two investors held a 60% and 40% stake, respectively, in this African renewable energy platform, which they launched with other investors in February 2015. Their divestment is announced seven years after they initially invested in Lekela Power.

The transaction value has not been disclosed yet but the buyers are Africa Finance Corporation (AFC) and Infinity Group. “This planned exit reflects the successful culmination of Actis and Mainstream’s partnership strategy for Lekela, with the platform consisting of a leading management team, over 1GW of fully operational assets, and significant growth prospects,” the two selling entities indicate.

The deal will be finalized after regulatory approvals and the fulfillment of customary closing conditions. It is announced three months after Actis agreed to divest from Spring Energy, one of India's largest renewable energy companies. Despite these announced divestitures, Actis will continue to have a significant presence in the global sustainable energy sector. Last year, the firm announced the final close of its fund Actis Energy 5 at US$6 billion.  It also closed three major energy investments in Latin America, specifically in Brazil, Chile, and Mexico.

Since its inception in 2015, Lekela Power has powered nearly three million African households with renewable energy. Its energy is generated by seven operational wind farms, including five in South Africa, one in Egypt, and one in Senegal. The platform also has development opportunities in Ghana, Senegal, and Egypt.

Actis is “proud to leave Lekela strongly positioned for its next phase of growth as an acknowledged sustainability leader supplying much-needed clean energy to communities across Africa,” says Lucy Heintz, Actis Partner and Head of Energy Infrastructure.

For the two buyers, the deal is an opportunity to expand in Africa. “The acquisition of Lekela is a key milestone for us at Infinity as it not only becomes the largest such acquisition in the history of the continent but also signifies the continuous growth and expansion of Infinity’s efforts to create a sustainable supply of clean green energy. We will continue to build upon our endeavors to create a truly sustainable ecosystem for green energy in Africa,” indicated Nayer Fouad, Co-Founder, and CEO of Infinity Group.

Meanwhile, AFC believes that the deal is a key step in its strategy to expand into the African renewable energy sector. “Working together with our partner, Infinity, we aim to more than double the capacity of our joint operating assets over the next 4 years, which stands at 1.4 GW after the Lekela acquisition,”  reveals Samaila Zubairu, AFC’s President and CEO.

In Africa, the need for renewable energy remains high and the demand is growing. However, the sector is facing financial constraints.