The CFAF Franc reaches 10-year high against the Ghanain Cedi 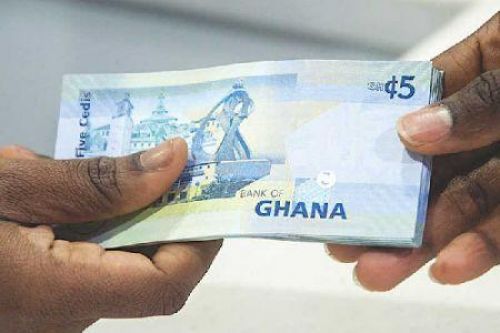 The CFA Franc, the currency used by CEMAC and WAEMU countries, has reached its 10-year high against the Ghanaian Cedi, market data show. In September 2012, the Ghanaian Cedi was exchanged at CFAF271. As of August 2022, its rate is now CFAF68 per cedi.

The CFA Franc is still not equal to the Ghanaian Cedi but, its rate has improved considerably over the past ten years. Several factors contributed to such improvement. The recent ones are the Covid-19 pandemic, the appreciation of the U.S dollar, and the negative impacts of the Russia-Ukraine war on the global economy.

While the CFA Franc was enjoying the stability that comes with its being pegged to the Euro, the Cedi was exposed to market fluctuations. Its floating exchange rate -a system praised by many for its flexibility- was not helpful. To bolster its foreign exchange reserves, the country allowed individuals and entities to open foreign exchange accounts (which hold 33% of the local bank deposits). It also allowed foreign investors to purchase its locally-issued public debt. The foreign reserves generated are not held in operations accounts -as was the case for CFA franc countries- but, they are nonetheless not Ghana’s assets because investors can withdraw them any time they want.  This is the scenario that is unfolding now. After the three main U.S  rating agencies downgraded Ghana’s credit rating to the speculative category, many investors sold their assets labeled in Cedi and got back their foreign currencies, precipitating a collapse of the Cedi.

Ghana is a well-governed country with natural resources (gold, oil, and cocoa). However, its consumption pattern is dominated by imported goods while its productive fabric is controlled by foreign investors. The situation puts more pressure on its foreign reserves.

For Ghana’s neighbors that use the CFA Franc, the sliding Cedi will be beneficial when they are buying goods and services from Ghana. On the other hand, it will have a negative impact on those who are selling their goods and services in the country. They will also be uncompetitive.

Let’s note that to boost the supply of foreign exchange reserves to its economy, Ghana introduced additional measures yesterday, August 17. Those measures include primary reserve requirement and increasing the Monetary Policy Rate by 300 basis points, to 22%.