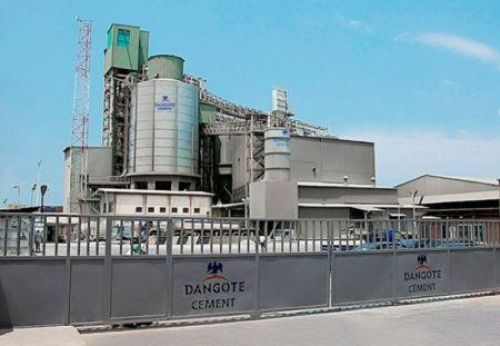 (Ecofin Agency) - From January to September this year, Dangote Cement has hit a total of $2.48 billion (N1,022 billion) in revenue. This is a record for the Lagos based Stock Exchange company.

Sales in Nigeria, the company’s main market, were up 36.25%. The improvement is driven by an 18% increase in volumes purchased by local customers, which reached 14.1 million tons over the period. Revenues from pan-African activities also increased by 28.05% over the period. In both cases, two other factors must be taken into account.

According to the latest data from the national stats institution, the construction sector performed very well with an increase of 47% in value-added at the end of the third quarter of 2021. The cement sub-sector shows a GDP growth of 67% based on current prices.

However, these prices are affected by inflation, which in Nigeria has reached 17% since the beginning of the year. Based on 2010 reference prices, GDP growth in the construction and cement sectors is more modest. On the continent, the increase in sales volume was boosted by the decline in the value of the naira, particularly in markets with stable currencies such as the WAEMU and CEMAC or strong currencies such as Ghana, which allows for an increase in revenues when converted into Nigerian currency.

This new record for Dangote will allow the company to overtake MTN Nigeria, the second largest company in terms of value on the Lagos stock exchange, which has already exceeded 1 trillion naira in turnover. The cement group must also rationalize its expenses. In the first nine months of 2021, sales costs were up by 27.04%. Dangote must also keep up with its financial expenses, which have risen by 42%, due to debt repayment constraints.

The group is currently planning to raise an additional 150 billion naira on the local market to support its cash flow. Despite a cash stock of only 179 billion naira, the company’s current assets (less than 12 months) are twice its debt over the same period. Also, Dangote Cement PLC has plenty of room to grow its sales, without needing to invest in new production infrastructure, due to an installed capacity that is currently more than twice its most recent reported sales (September 2021).

In any case, the company has good returns per share, and that is what matters to many investors, along with the dividend payout.