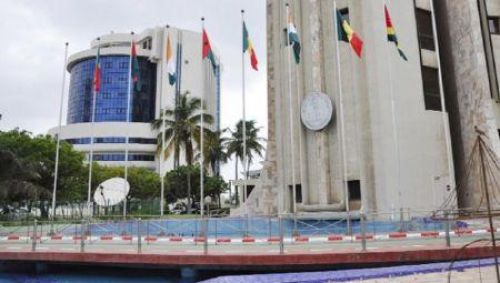 (Ecofin Agency) - Earlier this month, the BCEAO raised its key rates in a bid to curb inflation. However, its recent economic indicators suggest that monetary solutions will not be enough to achieve the targeted goal. Production needs to be revived, food production especially.

According to the report, in the quarter ending in March 2022, inflation reached 6.4% in the WAEMU region. This is more than twice the convergence rate (+/-1% on a reference value of 2%) approved by member countries.

The food component alone rose by 5.2% but some products recorded no quarter-to-quarter change in prices. The price of agricultural commodities increased all thanks to higher prices in global markets. The products whose prices rose the most are cocoa, cashew nut, palm oil, and rubber but, as those segments are controlled by multinationals, the rising prices have no noticeable impact on the revenues of local producers.

During the 2021/2022 season that ended in late March,  food crop production declined by 8%. A total of 66.3 tons of cereals, tubers, and other crops were harvested in the region, according to official statistics reported by BCEAO. This is down by 8.1% compared to the 2020/2021 season (that season, production was already down by 6.7% compared to the previous season).

The BCEAO's solution to reduce the amount of money circulating in the region is normal because, in economic theories, lowering key rates is a solution to reduce inflation. Also, underproduction coupled with excessive demand can widen the gap between exports and imports, therefore increasing the region’s trade deficit.

Yet, the urgent action to take should be for the central bank to finance food production as it did to support its member states during the coronavirus pandemic. In the subregion, only 3.6% of bank credits go to the fisheries, livestock, and agriculture sectors. Meanwhile, other sectors  (such as the tertiary sector, which includes consumption and services) that receive the largest portion of bank credit have stable prices.

The central bank’s indicators point that the institution should adopt a case-by-case approach to control inflation in the region. During the quarter reviewed, Burkina Faso recorded the highest inflation (10.3%), followed by Mali and Togo (8.2%). In those countries, the situation is complex given that wage increase is not a sustainable solution for them.  Wage increase would increase the fiscal deficit and shake businesses (by increasing their wage bills). It will also cause inflation to rise again.

Commercial banks, which seem to have no other choice from a prudential standpoint, continue to inject more money into central governments. For countries like Burkina Faso, Mali, Niger, and Benin (recently), the situation is slowly but surely becoming more complicated. Microeconomic difficulties are exacerbated by security challenges that add to the already existing pressure on governments.