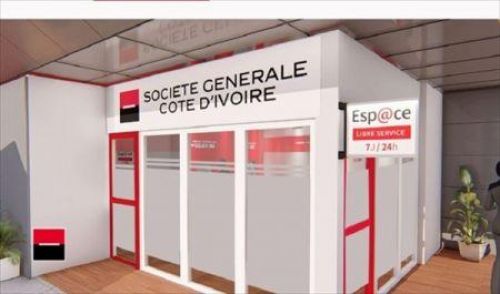 (Ecofin Agency) - After 4 gloomy years, Société Générale Côte d'Ivoire (SGCI) has become attractive again on the BRVM. It is now the second most valued company on the market.

The value of the Ivorian subsidiary of French group Société Générale jumped 5.86% on November 19, to nearly CFA11,000 ($18.9). Market data reveals that this is its highest level for the last three years to date. Since January 1, 2021, the SGCI share has posted a potential capital gain of 35.58% for its investors.

The bank has also broken its record for reported net income for the first nine months of the year. SGCI reported last October 29 a net income of CFA48.44 billion ($82.5 million) for the period, much more than the performance in 2020 as a whole (CFA48.43 billion).

The bank says its portfolio of loans to the economy performed very well and motivated the overall result. "Commercial activity remains very dynamic despite the health crisis. Outstanding loans and customer deposits increased respectively by +16% and +23% compared to September 2020," the company said.

However, the company does not publish its interim results in IFRS format, as is the case in Ghana and Nigeria. Confirming the dynamics that supported its growth is thus difficult. But for a net banking income that grew by only 14% over the period under review, the 40% increase in pre-tax profit and net profit suggests that there were other growth factors. Net income is often the only indicator available to investors because of the appeal of dividends.