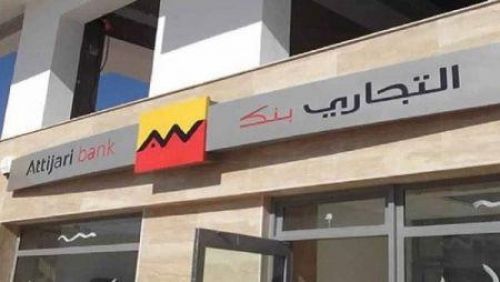 (Ecofin Agency) - The performance was supported by a rise in its commission income and revenues from intermediation activities.

Attijari Bank Tunisia, the local subsidiary of Moroccan banking group Attijariwafa Bank, recently reported a 9.99% increase in its net banking income (NBI), which rose to TND574.8 million (US$187 million) at the end of 2022.

The rise was supported by a 10.16% growth in Attijari's banking operating income, including incomes from various services rendered to its customers (commissions), margin on the loans made to its customers, and on the investments that it made from its customers' deposits (intermediation margin).

Attijari Bank, which is ranked the second private bank in the country in terms of deposits and loans, also recorded a 9.36% increase in deposits (both short and long-term deposits). Its outstanding loans also rose to TND6,716.3 million, up 5.86% year-on-year.

In a January 2023 report, the stock market intermediary MAC SA indicated that Attijari Bank was a good investment opportunity.  "With 22.4% in 2021, the bank has the best financial profitability in the Tunisian banking sector. It shows a good control of its resources costs (3.3 % in 2021, against a 4.4 % average in the sector) and a continuous improvement of operations," MAC SA wrote.