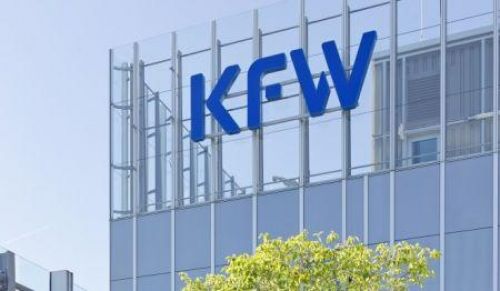 (Ecofin Agency) - With such commitment, KfW joins a pool of international financial institutions that pledged commitment to the Partech Africa II fund. Its investment aims to support Africa's technology ecosystem, which grew significantly in 2021, attracting a US$5.2 billion investment.

German development bank KfW announced up to €45 million (US$44.7 million) commitment in the Partech Africa II fund focused on financing African startups and small and medium-sized enterprises (SMEs) active in the digital sector.

“KfW is proud to be the anchor investor of Partech Africa Fund II. We share the strategy of supporting technology entrepreneurs driving digital innovation in Africa while fostering the development of the African VC ecosystem,” commented Stéphanie Lindemann-Kohrs, KfW Head of Equity Finance.

Through this investment, the bank will join a pool of international financial institutions and investors that announced a commitment to the venture capital fund. It will for instance join the likes of the International Finance Corporation (IFC), which plans to invest €25 million, and the Dutch entrepreneurial development bank FMO.

According to an official release, with its second fund, “Partech Africa will further expand its successful strategy of identifying and supporting the next generation of market leaders on the [African] continent.” The vehicle will focus on tech companies  “in all sectors, from seed to early growth,” granting beneficiaries between US$1 million and 15 million. It will align with Partech Africa I's investment strategy.

Partech Africa I was launched in early 2018 and closed a year later. It raised €125 million and invested in 16 companies domiciled in nine countries. Partech Africa II aims to raise twice the amount secured by Partech Africa I. Its investments will capitalize on the opportunities in a fast-growing African tech market. According to Partech Africa’s 2021 report on venture capital financing in Africa,  640 startups secured US$5.2 billion during 681 rounds in 2021.