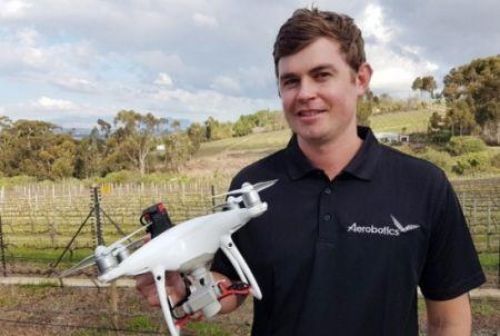 (Ecofin Agency) - Aerobotics, a South African tech company co-founded in 2014 by James Paterson (pictured) and Benji Meltzer, raised $17 million in a Series B financing led by Naspers Foundry, the investment arm of Naspers.
The amount will be used to improve the company’s AI-based technological platform, thus enabling it to expand across the US, its main market, and 17 other markets worldwide.

This commitment is made in a key sector, and for the benefit of an agricultural enterprise that contributes to strengthening food security on the continent. Aerobotics, which has once again benefited from the support of existing shareholders such as the Dutch FMO and the Cathay AfricInvest Innovation Fund, is among the best-financed agritech companies on the continent.

The startup had raised $600,000 from 4Di Capital and Savannah Fund as part of its seed cycle in September 2017, followed by an additional $4 million in Series A financing in February 2019, led by Nedbank Capital and Paper Plane Ventures.