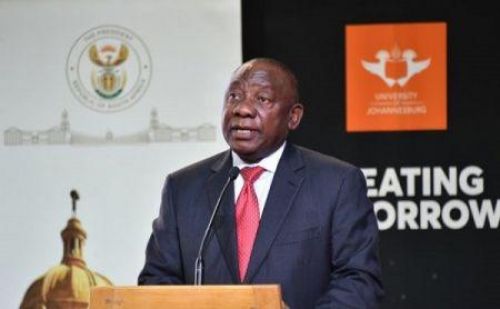 (Ecofin Agency) - Recent indicators from the Washington-based Institute of International Finance (IIF) and other sources show the worrying rise in debt in the financial sectors and government in South Africa.

Among emerging countries, South Africa is the only country where financial sector debt reached 25.6% of gross domestic product at the end of the first quarter of 2019, compared to 22.5% at the same time in 2018. At the same time, the government's debt reached 59.3% of GDP at 31 March 2019, up from 53.4% of outstanding amounts in 2018. Although less significant, the debt of households and non-financial corporations has also increased and in each case exceeds 32% of GDP.

This pressure is in addition to the negative effects of a sluggish economic environment, with low growth prospects and less revenue for the government, leading to more public deficit.

In response to this situation, the government of Cyril Ramaphosa (photo) decided to support, at whatever cost, several state-owned companies in difficulty. In particular, it plans to double the amount initially set to be invested in Eskom, the country's electricity distribution company.

IIF projects that South Africa's public debt could reach 61% of GDP in 2020-21, compared to a government forecast of 57.4%, excluding the indirect debt of state-owned companies, which is 8% of GDP.