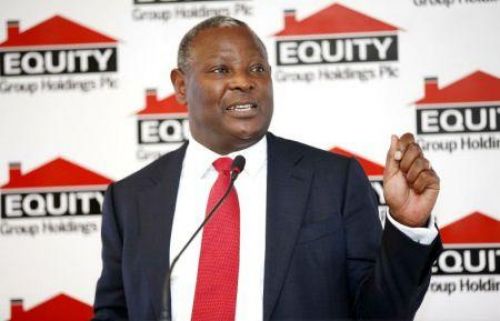 (Ecofin Agency) - The Board of Directors of Kenyan Equity Group Holdings says it has canceled the distribution of KSh9.5 billion (about $88.9 million) in dividends to shareholders for the financial year 2019.

The reason for this decision, the Board says, is the need to preserve liquidity in this pandemic context. Following this announcement, the Equity Group’s shares dropped by 3.04% on May 26 on the Nairobi Securities Exchange.

“The Equity Group Board took a conservative approach that recognizes the emerging unquantified risk of the pandemic and opted to preserve capital in the face of the prevailing uncertainty. A strong capital and liquidity position gives us the strength and capacity to cushion our business and accommodate and walk with our customers during these challenging times,” said MD James Mwangi (pictured).

Initially, the Board had proposed to pay a dividend of KSh2.50 per share, following a post-tax profit up 14% to KSh22.6 billion for the year. The decision to halt the distribution of dividends has not been approved in the country. While the Central Bank and the Financial Markets Regulatory Authority agree on the postponement or holding of general meetings of the country's banks by videoconference, the two bodies have divergent views on the payment of dividends.

Standard Chartered Bank Kenya announced the postponement of its General Meeting during which the proposed dividend of KSh15 per share is expected to be approved by its board members.