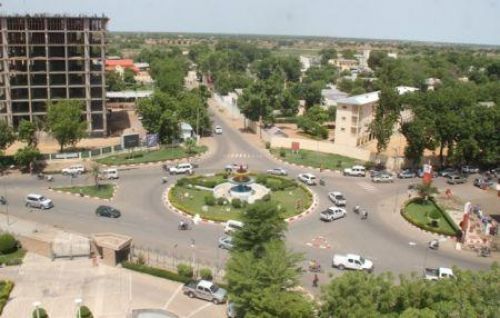 (Ecofin Agency) - “Chad’s economic and financial situation was weaker than expected in 2021,” the IMF announces in a press release issued on March 30, after a 15-day visit to the country.

According to the Bretton Woods institution, the deterioration of the country’s economy was caused by a decline in oil production and low rainfall, which led to a drop in agricultural production and a surge in inflation.

“Overall, real GDP contracted by 0.3 percent, driven by a 3 percent reduction in oil production. While average annual inflation was limited to -0.8 percent in 2021, the poor 2021-22 crop has fueled inflation pressures, with food prices increasing by 6 percent y-o-y in January. These pressures are expected to be aggravated by the war in Ukraine,” reads the release.

Chad, which is currently implementing an  over US$570 million economic and financial program with the IMF, met only “two of the three end-December 2021 quantitative performance criteria.” The country even spent more than expected on military equipment and the wage bill, the release explains. The country nevertheless made progress in the implementation of structural reforms, “ with two structural benchmarks met while the reforms covered by the three other ones are expected to be finalized in the coming weeks.”

For the 2022 financial year, the IMF forecast a recovery in Chad’s economy, to 2.3%. The performance is expected to be “driven by a recovery in both oil and non-oil productions,” we learn. However, the achievement of those forecasts could be prevented by risks like “a possible resurgence of the pandemic and further delays in vaccination, security concerns, domestic debt rollover risk and possible delays in implementing reforms.”

“The IMF team also discussed with the authorities additional structural reforms to be implemented in 2022-23. These reforms will notably focus on strengthening public financial management and domestic revenue mobilization, enhancing governance and transparency, and improving the business environment,” the release informs.

Between 2011 and 2018, Chad reduced the poverty rate by 5%, to 42%, according to the World Bank. The coronavirus unfortunately slowed the progress already made by the country. Due to the pandemic, the incomes of hundreds of thousands of residents fell below the poverty line. In an October 2021 report, the World Bank estimates that 75% of Chadians are food insecure.