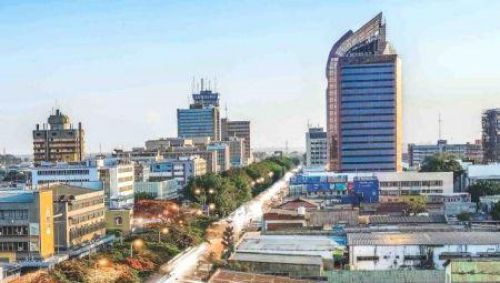 (Ecofin Agency) - Zambia is faced with an economic crisis for years now. The government, which is struggling to pay its debt, is counting on the IMF to stabilize and revive its economy.

The Zambian government and the International Monetary Fund (IMF) will implement a 38-month economic program to strengthen the country's macroeconomic stability. The program was announced in an IMF release dated August 31.

According to the IMF, years of economic mismanagement and ineffective public investment have increased Zambia's rates of poverty, inequality, and malnutrition, which are among the highest in the world. The country is also in "debt distress and needs a deep and comprehensive debt treatment to place public debt on a sustainable path.”

The program, an extended credit facility (ECF) arrangement, will provide Lusaka with special drawing rights equivalent to about US$1.3 billion. In addition to restoring macroeconomic stability, the accompanying reforms will also help foster stronger, more resilient, and inclusive growth.

“The program will also catalyze much-needed financial support from development partners. The [IMF] Executive Board’s decision will enable an immediate disbursement equivalent to SDR 139.88 million (about US$185 million),” the IMF release informs.

The economic support, much expected by debt-ridden Zambia, comes over eight months after the preliminary agreement between the two parties.

In 2020, the southern African country defaulted on the repayment of three Eurobonds. It was therefore forced to require a grace period from its investors. The latter however conditioned the acceptance of that request to an agreement between the IMF and Zambia.

Let’s note that in 2020, Zambia’s public debt was 101% of GDP, according to IMF estimates. For the World Bank, as of that period, the country’s foreign debt was 120% of its gross national income that same year.