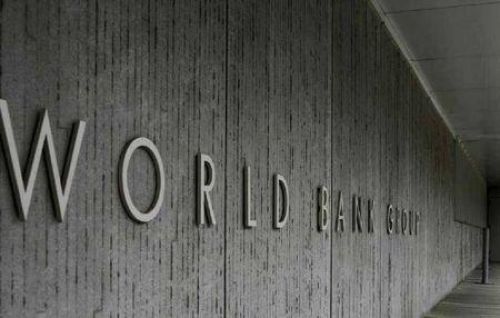 (Ecofin Agency) - After it negotiated the restructuring of its debt with public creditors, Chad began talks with private partners. Oil group Glencore, one of these partners, already reached a debt restructuring agreement with N'Djamena in 2018.

The World Bank is calling on Chad's private creditors to accelerate their efforts to help the country deal with its debt. The information was made public in a statement issued on Tuesday, September 28.

The Bretton Woods institution mainly pointed the finger at the oil group Glencore and its syndicate of lenders from whom N'Djamena had taken out a loan of more than $1.4 billion. Due to difficulties linked to the fall in commodity prices on the international markets in recent years, the Chadian state was unable to repay its debt and began negotiations for its restructuring.

Glencore had already restructured its loan with Chad through an agreement signed in 2018. And now, with the covid-19 crisis, Chad seeks a new helping hand from its private creditors. As a reminder, the country has already benefited from the G20 debt suspension initiative.

"Chad's debt is unsustainable and the country is unable to repay it. [...] The country has thus sought relief under the Common Framework for Debt Relief beyond the Debt Service Suspension Initiative (DSSI) endorsed by the G20 and the Paris Club. In June 2021, the official bilateral creditors in the Committee of Creditors of the Common Framework for Chad agreed to restructure the country’s debt," the World Bank said in its statement, while urging "Glencore and other private creditors to do the same, to commit credibly and without delay, and to provide Chad with debt treatment comparable to that provided for in the Common Framework.”

The World Bank believes that support from private creditors will allow Chad to improve its debt sustainability and finance important social needs while supporting peace and security. Currently, an estimated 42% of the Chadian population lives below the poverty line. In addition, the covid-19 pandemic has exacerbated difficulties in accessing health services and education, and the country has undergone a difficult political transition since the brutal death of former president Idriss Déby Itno.

"A deeper crisis would worsen the situation for all parties - not just Chad but also its neighbors and creditors. A crisis would further impoverish an already impoverished country, worsen the health care and education situation, and jeopardize the crucial transition process in this fragile country. It would also undermine regional peace and security in the Sahel and Central Africa," the World Bank concluded.

For the time being, negotiations are focused on rescheduling the country's debt to its private creditors, rather than an outright cancellation.