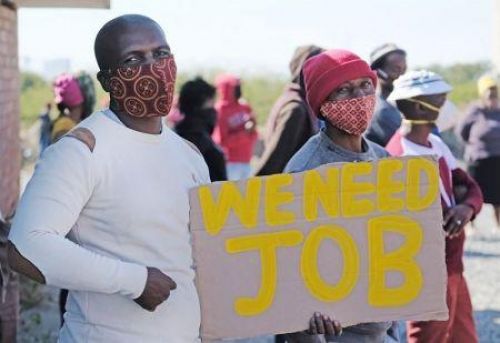 (Ecofin Agency) - The unemployment rate in South Africa has reached a new record at 32.6% over the first three months this year. During the previous quarter, the rate was 32.5%. Figures were revealed yesterday June 1 by the national stats agency.

This increase in the jobless rate, the highest since 2008, is explained by the loss of many jobs in several sectors of the economy. The economic challenges faced by the country, compounded by the covid-19 pandemic, have harmed the country's employment policy.

The Covid-induced restrictions have led to salary cuts, and job losses when some companies were forced to close due to low activity. In addition, the slow rollout of vaccination campaigns has contributed to the slowdown in economic recovery.

In addition, there was a net increase of 164,000 in the non-labor force. An estimated 201,000 more people reported being discouraged from seeking work in the first three months of 2021 than in the previous quarter, and the number of people who were not economically active for reasons other than discouragement increased by 8,000.

Beyond the pandemic and the country's economic situation, it should be noted that the South African workplace was already suffering from difficulties related to the inadequacy of the learning system to meet real needs and the lack of flexibility of the legislation in this area.