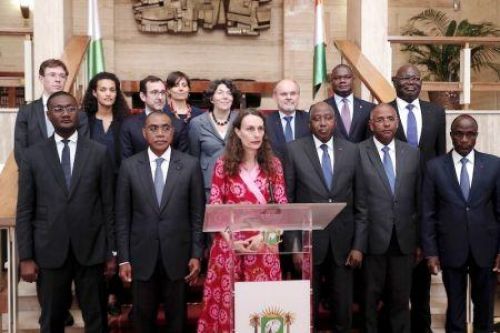 (Ecofin Agency) - The International Monetary Fund (IMF) announced it is satisfied with the Ivorian government’s efforts as part of the ongoing economic agenda with the country. Satisfaction was expressed during the working visit to Abidjan by an IMF mission from 18 September to 1 October 2019.

The international body said the Ivorian economy shows resilience, and good performances are expected this year and the next despite a deterioration in the international economic context, marked in particular by trade tensions that are affecting the outlook of global economic growth in 2019.

The progress was driven by dynamism of private investment and Côte d'Ivoire's efforts in diversifying its exports to further increase revenues over the next few years. The government also took measures to reduce and control spending.

“The performance of the IMF-supported program was satisfactory in the first half of 2019. All performance criteria and indicative benchmarks were met by the end of June 2019. All but one of the structural benchmarks for public debt management, monitoring of public enterprises, tax policy and fiscal administration have also been implemented,” said Céline Allard, head of the IMF mission visiting the country. These performances should lead to the extension by a year, of the three-year economic and financial program supported by the institution.

Budget deficit is expected to align with the WAEMU regional norm of 3% of GDP in 2019 and 2020, while the IMF expects economic growth to be 7.5% and 7.2% respectively over the next two years.