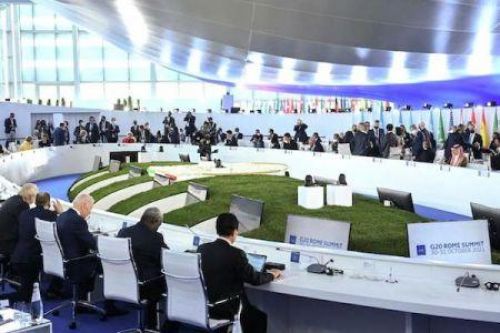 (Ecofin Agency) - Since 2020, the international community has been calling on rich nations to waive part of their Special Drawing Rights (SDRs) for the poorest. Nearly three months after the International Monetary Fund issued $650 billion in SDRs to facilitate the global post-Covid recovery, the solidarity of rich countries towards the poorest is yet to materialize. The G20 said it has already gathered 45% of the funds promised. And even this figure, which is far below the initial objectives, remains to be confirmed.

Rich countries agreed to waive part of their SDR shares. The objective was to provide more money to developing countries. Indeed, poor countries are granted lower SDR quotas than the rich ones although their needs are greater. To date, few rich countries have met their commitments, meanwhile, the needs of poor countries are increasing and becoming urgent, especially for immunization and the implementation of recovery reforms.

Canada, France, and the United Kingdom say they will grant 20% of their SDR shares to developing countries. This makes a total of $14 billion.  Japan, on the other hand, has pledged $4 billion (or only 10% of its share). The US has not yet made any public announcement, and the same for China, India, and Russia.

Africa as a whole was initially expected to receive $33 billion (out of 650 billion), per its quota within the IMF. Yet it is the continent that should benefit the most from this support initiative. Many African countries are among those that have had the least room to maneuver to support their economies and accelerate their vaccination campaigns. As a result, only a little over 5% of the continent's population has been fully vaccinated to date.  Data from the IMF showed that sub-Saharan Africa will be the slowest growing region for the first time in several years.