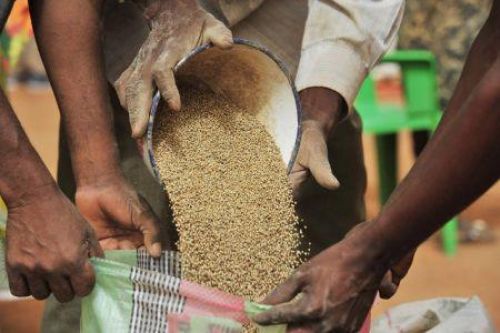 (Ecofin Agency) - In Cameroon, 8 percent of GDP contribution in the agricultural sector is compromised every year because of the challenges facing the sector, according to the World Bank. This situation has a direct impact on the living conditions of close to two million residents. Therefore, local authorities are trying to address the issues with the support of international partners.

The World Bank approved, Monday (May 2), more than US$100 million in loans to help Cameroon deal with food and nutrition insecurity. According to an official release, the loan will be granted through the International Development Association (IDA).

The fund will aid “Cameroon’s efforts to strengthen food and nutrition security and increase resilience to climate shocks of targeted households and producers.” It will benefit more than 419,000 people, including “260,000 food insecure and vulnerable people and 159,000 farmers, pastoralists and fishermen from crisis affected communities based in the Far North, North, Northwest, Southwest, Adamawa, and East regions.”

“We know that agriculture plays a key role in Cameroon’s employment and employs nearly 43% of the workforce. But with the current climate conditions, about 2 million people, 9 percent of Cameroon’s population, are living in drought-affected areas, which means that about 8 percent of GDP contribution from agricultural production is compromised annually,” commented Abdoulaye Seck, World Bank Country Director for Cameroon.

Its ultimate goal is to increase “productivity and access to markets in the agriculture, livestock, and fisheries sector.”

Last February, Action Against Hunger warned that many of the country's poorest families were running out of food stocks. The organization reveals that more than 900,000 people would face "severe acute food insecurity with an urgent need for food assistance" by June 2022.