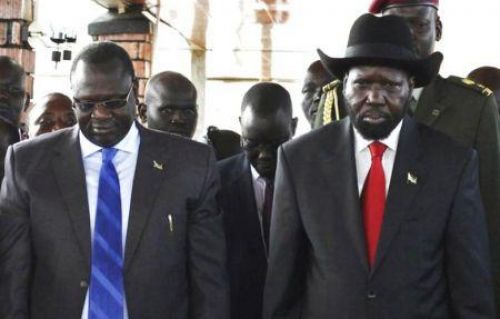 (Ecofin Agency) - South Sudan has since 2013 been trapped in a cycle of violence due to rivalries between its President and Vice-president. To end that cycle, several agreements were signed. The latest of those agreements is for the creation of a unified army.

In South Sudan, an agreement was signed yesterday, in Juba, to create a unified military command, according to media sources.

The agreement was signed by President Salva Kiir and his Vice President Riek Machar. It is supposed to be one of the turning points in the yet-to-be-implemented 2018 peace deal.  According to the terms of the military unification deal, 60% of leadership positions in South Sudanese defense and security forces should be from Salva Kiir's camp, against 40% from Riek Machar's camp.

In August 2021, negotiations between the two camps hit a dead end when Mr. Machar denied having reached an agreement with his rival, contrary to Minister Martin Elia Lomuro’s announcement. The key issue at the time seems to have been resolved now with the new deal and the country can hope to unify the about 83,000 men fighting in the conflict under one banner.

South Sudan is, since 2013, mired in a security crisis between its President and Vice President. Despite the peace agreements signed, the conflict is not yet resolved. The country alternates periods of armed clashes and political instability because of several key issues. Eleven years after its independence, the country is one of the poorest in the world with security, economic and social crises that have displaced millions of its population. According to the World Bank, 82% of its population lives below the poverty line.

With one year to go before the upcoming elections, many observers are waiting to see if the agreements signed between the two parties will be effectively implemented or if South Sudan will once again enter a new cycle of violence.