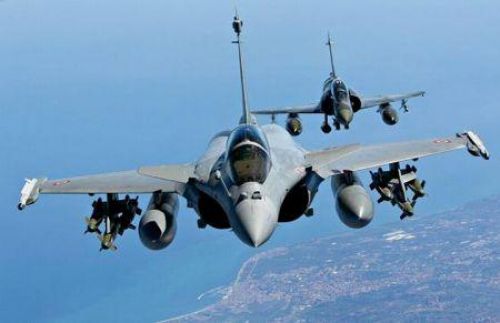 (Ecofin Agency) - Egypt agrees to buy 30 Rafale fighter planes from France. The sale will be done via the French company Dassault.

According to the Egyptian Ministry of Defense, the funds to finance this purchase will be obtained through a ten-year loan. However, neither the amount of this loan nor other details of this commercial transaction have been disclosed by the authorities.

Paris sees this deal as an opportunity to put French fighter jets back on the commercial map. The strategy is aimed at boosting sales contracts for French Rafale aircraft, after several years of weak sales.

"I am delighted with the sale of 30 Rafales to Egypt, a strategic partner. This export success is crucial for our sovereignty and the maintenance of 7,000 industrial jobs in France for 3 years," tweeted the French Minister of the Armed Forces, Florence Parly.

However, if this transaction pleases the French and Egyptian authorities, it does not seem to reassure human rights organizations. These bodies had accused President Emmanuel Macron of not doing enough to fight against human rights violations in Egypt and had asked France to stop selling arms to Cairo to put pressure on Marshal Abdel Fattah al-Sissi.

Last year, the French leader indicated that he would not condition his partnership with Cairo on respect for human rights; a decision motivated among other things by the strategic ally that Egypt represents in the fight against terrorism in North Africa.

It should be noted that the formalization of this new transaction comes a few hours after revelations of the French investigative website Disclose. According to the media, three agreements were signed in secret on April 26, 2021, between the two countries. The first, worth €3.75 billion, concerns the purchase of thirty Rafale aircraft, while the other two concern the purchase of missiles and other equipment for an amount of €200 million.

"According to this document with the letterhead of the French Ministry of Economy and the Egyptian Ministry of Defense, consulted by Disclose, the payments will be made mainly on credit. Over-indebted, the Egyptian state obtained a loan guaranteed by France up to 85%. In other words, the Treasury [French Treasury, ed] stood surety for several French banks - Crédit Agricole, Société Générale, BNP and CIC - to allow Marshal Sissi to conclude the transfer of arms," says Disclose.

For the moment, these details have not yet been confirmed by the authorities of the two countries concerned.