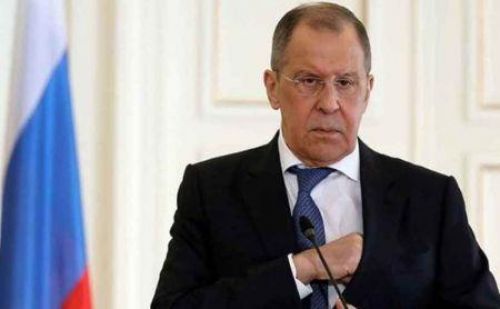 (Ecofin Agency) - In early September 2021, diplomatic sources announced the arrival of Wagner group in Mali following an agreement with transition authorities. The latter have always denied the fact claiming instead that only Russian advisors and instructors were present alongside their armies.

The Russian paramilitary group Wagner is indeed present in Mali. The information was confirmed by Sergei Lavrov (photo), Russian Minister of Foreign Affairs, in an interview with the Italian channel Mediaset on Monday, May 2.

According to the official, the paramilitary group has signed an agreement with the government of Mali to provide “security services.” The group is operating in Mali for profit only, not as a representative of Russia, the government official added.

The statements contradict the claims of Malian transitional authorities who have always denied the presence of Wagner group on their territory, claiming that there are only Russian “instructors” and “advisors.”

The group has a nefarious reputation mainly because of its actions in Syria, Lybia, and the Central African Republic. Suspecting its presence in Mali, many European countries, including France, suspended their cooperation with the country because their armies could not operate alongside foreign  ‘mercenaries,’ as Wagner operatives are usually considered.

The confirmation comes amid escalating tensions between France and Mali. A few weeks ago, Mali accused France of being the author of a mass grave in Gossi, a village North of Mali. In response, France released drone footage accusing Wagner operatives of staging the grave as if it was left behind by French armies.

Days after the publication of the drone footage, Mali issued a release accusing its former partner of espionage. It however failed to answer whether the footages were authentic or not.

It also announced the end of its defense pact with France and the Takuba Task Force. The announcement seems to pave the way for the consolidation of Russia-Mali cooperation.

Several observers wonder if Malian transition authorities will, at last, acknowledge the presence of Wagner Group on its territory now that its Russian partner has officially confirmed it.