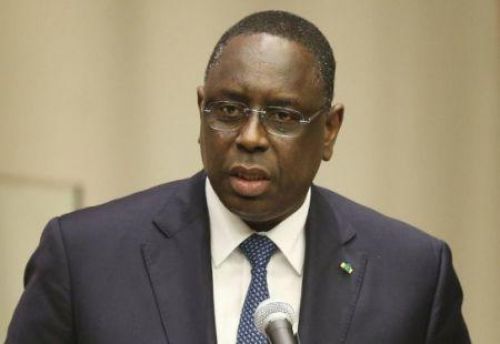 (Ecofin Agency) - Senegalese President Macky Sall (pictured) announced his government is investing an additional $3.5 million to strengthen response against HIV/AIDS. He said this on November 2 during the West and Central Africa HIV summit.

“Let us mobilize for funding, research, and immunization. I pledge to work with you to advocate with the African Union and partners for increased funding for the fight against HIV. This change must begin within our nations,” he said, reaffirming his commitment to invest more in the policy response to HIV.

"I am committing an additional CFA2 billion (3.5 million dollars) in the fight against HIV. CFA1 billion will go to community-based fight by civil society and the other billion will go to the National AIDS Control Council to assist people living with HIV,” he added.

The President explained that the new action plan will focus on strengthening the infrastructure of community-based organizations, adopting better health policies and upgrading the existing ones to improve countries' health systems, and raising sustainable funding. By 2025, resources granted for national and international HIV/AIDS programs are expected to increase by 33%. The goal is not only to break down financial barriers to individual access to services for people living with HIV but also, and more importantly, to put Covid-19 and HIV at the center of the response system to prepare for potential emergencies.