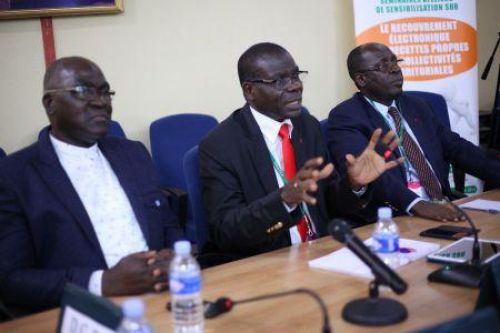 (Ecofin Agency) - On December 3, 2018, a digital platform for municipal tax collection was presented to accountants of local councils in Côte d’Ivoire. The Platform named "Net Collect-Services" was presented during a workshop aimed at sensitizing and preparing the accountants to the use of this platform in their municipalities.

According to Sékongo Clotcho, general director of BMI international consulting Côte d’Ivoire and creator of that platform, it is "an effective solution for the efficient reduction of losses, optimization of regional governments’ resources and for better management of communities".

Sékongo Clotcho also explained that would facilitate identification of taxpayers in local communities.

Let’s note that this platform, initiated by the general directorate for decentralization and local development and supervised by the Treasury Department and the Public Accounts Directorate, is actually being experimented in eight local governments in Côte d’Ivoire.

Let’s also note that according to figures from the tax directorate, taxes collected locally increased from XOF107 billion (about $186 million) in 2012, to XOF186.6 billion (about $325 million) in 2017 representing an 81% rise. However, despite their financial independence, the public treasury reveals that in the country, local governments are highly dependent on subsidies from the state.

Indeed, the portion of these governments’ own resources in their budget projections in the past four years is about 12%. On December 31, 2017, the rate of mobilization of their own revenues was 47.18%.