Ethiopia: TPLF demands withdrawal of Eritrean troops from Tigray before the truce 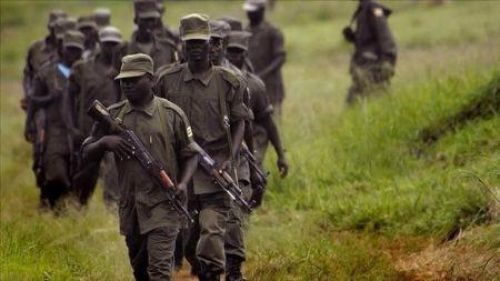 (Ecofin Agency) - In Ethiopia, the Tigray People's Liberation Front (TPLF) has demanded the withdrawal of Eritrean troops from Tigray before accepting the ceasefire proclaimed by Addis Ababa.

“As long as we have a foolproof guarantee that the security of our people will not be compromised by a second round of invasions, we accept a ceasefire in principle,” TPLF said in a July 4 statement. “However, before a ceasefire agreement is formalized, the following thorny issues must be resolved,” the statement continues.

The TPLF rebels are demanding the restoration of the former dissident regional government dismissed by Abiy Ahmed, as well as the withdrawal of Eritrean and Amhara troops from Tigray. These troops are the main supporters of the federal Ethiopian army, which has been waging a war against the TPLF since November 2020.

These demands come after the Tigrayan fighters regained control of Mekelle, the regional capital, on June 28, after it fell to the central Ethiopian government seven months earlier. The central government declared a unilateral ceasefire, while downplaying the impact of the loss of the town.

"When we entered Mekelle seven or eight months ago, it was because it was the centre of gravity for conflicts. It was the centre of a government. A centre for known and unknown resources. But by the time we exit, there is nothing special about it except that there are some 80,000 people, and those who loot people ... It has lost its center of gravity in the current context,” Prime Minister Abiy Ahmed said.

Despite the fact that he initiated the new ceasefire in Tigray, there is no guarantee that the Addis Ababa government will comply with the demands of this enemy, which it considers to be terrorist. It should be remembered that the authorities had often denied the presence of Eritrean soldiers in Tigray before Abiy Ahmed admitted it a few months ago, after multiple accusations of war crimes. While a withdrawal of Eritrean forces has been announced several times, Asmara still seems to be keeping its soldiers in a region against which it has been in conflict for decades.

For now, no official statement has been made by Abiy Ahmed in response to these demands. However, several official sources indicate that an "inclusive dialog" is being prepared to resolve the crisis. If successful, this initiative could save the lives of up to 400,000 people living in starving conditions in the region.