There would be no government in Mali without France’s presence in the Sahel, Emmanuel Macron says 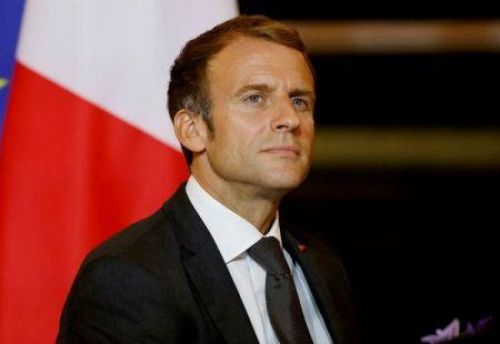 (Ecofin Agency) - The relations between France and Mali seem to be in turmoil since the announcement of the end of Operation Barkhane. On September 25, the Malian Prime Minister, Choguel Maïga, accused Paris of abandoning the country amid growing terrorism.

In an interview with France Inter radio, French President Emmanuel Macron (pictured) talked about the tumultuous relations between his country and Mali. "I told the Sahel countries, in particular Mali, that our military presence must evolve because we cannot ask our soldiers to do what is their (the states, ed) responsibility. After we have increased our military pressure [...] we demanded that the State reestablishes its justice, its education, its police. Particular focus is on Mali and Burkina Faso," Macron said, adding that "projects must be developed after this, otherwise, as soon as our forces leave a territory, the terrorists will take it back."

As a reminder, a few days ago, the Malian Prime Minister Choguel Maïga criticized the end of Operation Barkhane, accusing France of abandoning Mali.  For Emmanuel Macron, France will only strictly focus on fighting terrorist groups.

While France has been facing criticism for several years regarding its military presence in Mali, Emmanuel Macron recalled the conditions under which this intervention had been decided by former President François Hollande. "President Hollande agreed to intervene at the request of the Malian government, the populations, and all ECOWAS states, and we are only staying there within this framework," he said. "Without France in the Sahel, there would no longer be a government in Mali," the French President added. According to him, but for France’s intervention, the terrorists would have taken control of Bamako and then the entire country.

While there are rumors that the Malian government plans a deal with the Russian group Wagner, this statement sounds like a reminder of the importance of the French intervention in the Sahel. More than 5,000 French soldiers of the Barkhane operation are already deployed in the region. The number is however expected to decline to 2,500 or 3,000 by 2023.

Several other countries and institutions have expressed reservations about the possible arrival of Wagner. The group is suspected by the West of belonging to Yevgeny Prigozhin, a businessman close to the Kremlin. The European Union, which provides training for Malian soldiers, warned that the company's involvement could "seriously" affect its relations with Bamako.

For their part, the Malian authorities refuse to accept any pressure from the international community, even though they deny being in negotiations with the mercenary group. "The new situation created by the end of Barkhane [...] leads us to explore ways and means to better ensure security autonomously with other partners," Maïga said.