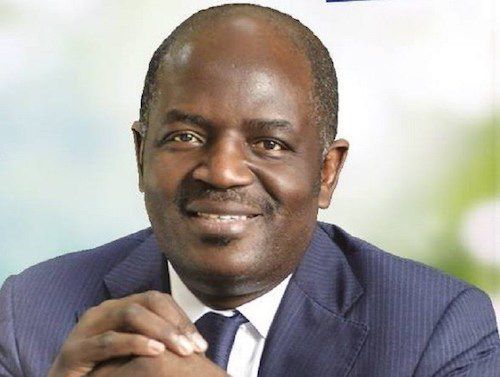 (AFRICAN DEVELOPMENT BANK) - The opening day of COP24 Leader’s Summit was marked by the celebration of Africa Day which focused on how the implementation of Africa’s Nationally Determined Contributions for a healthy environment can accelerate development on the continent.

Africa Day, a joint initiative of the African Development Bank, African Union Commission UN Economic Commission for Africa and the New Partnership for Africa's Development (NEPAD), was organized, this year, around the theme, "The Africa Nationally Determined Contributions (NDC) Hub: Going further and faster with NDC implementation in support of Agenda 2063."

Four Pan-African institutions along with the Kingdom of Lesotho and the Republic of Gabon. The Pan-African Parliament (PAP) and the African Risk Capacity (ARC) co-organized the day.

Africa Day 2018 focused on how to ensure that all development partners deepen their partnerships and commitments to deliver concrete actions and resources for African countries to deliver their NDC targets and enable the imlpementation of the Paris Agreement.

Highlights of the event included a high-level statement by Gabon’s Minister of Foreign affairs, Regis Immongault, on behalf of President Ali Bongo Ondimba, Coordinator of the Committee of African Heads of State and Government on Climate Change (CAHOSCC), Josefa Sacko, African Union Commissioner for Rural Economy and Agriculture represented the chair Person of the African Union commission, Moussa Faki Mahamat.

A high level Ministerial panel and a Parliamentary dialogue provided a platform for detailed discussions on this year’s theme and Africa’s position at COP24. The last segment of the Africa Day was an expert panel discussion from various technical institutions on the theme of the day.

Foreign Minister Immongault noted that the outcomes of COP 24 should facilitate development in Africa. He emphasised the need to develop strong partnerships to implement the NDCs in Africa. “I also extend appreciation to the Africa NDC Hub for reaching out to Partners to support Africa. In this regard, I wish to urge more Partners to come on board to support African countries in the implementation of the NDCs for the achievement of Africa’s commitment to the Paris Agreement,” he added.

Africa Union Commissioner Sacko stated that African countries remain committed to tackling climate change and its impacts. “Countries in Africa continue to suffer from the adverse impacts of climate change with the costs of climate change threatening the realization of the aspirations of Agenda 2063 the Africa we want. Climate change is also partially to blame for increased migration of African youths to Europe through the deadly Mediterranean Sea due to shrinking livelihood opportunities”. She further highlighted the link between climate change and conflicts in Africa as demonstrated by the Boko Haram’ insurgency in Western and Central Africa partly as a result of the shrinking of Lake Chad.

“As Parliamentarians we carry the hopes, aspirations and concerns of the peoples of Africa. The Africa Day accords us an opportunty to emphasize the need for parties to adopt concrete actions towards effective and adequate implementation of the Paris Agreement, especially in the context of the African Climate Legislation Initiative (ACLI),” said Kone Dognon, Chairperson of the Pan-African Parliament Committee for Rural Economy, Agriculture, Natural Resources and Environment.

Anthony Nyong, Director of Climate Change and Green Growth, representing the President of the African Development Bank Group said, “African countries require significant resources to meet their commitments to the Paris Agreement.. The Africa NDC Hub hosted at the African Development Bank, represents a concerted effort by development partner institutions to leverage each other’s comparative advantage in mobilizing resources necessary for Africa to embark on a low-carbon and climate-resilient development pathway.”

In a statement read on her behalf by James Murombedzi, the Officer in Charge of the African Climate Policy Centre and Executive Secretary of UNECA, Vera Songwe said: “The United Nations Economic Commission for Africa is implementing organizational reforms which will deepen engagement with the public and private sectors and ensure that public policy provides incentives for the private sector to contribute to the implementation of the NDCs and to take advantage of the investment opportunities offered by the transition to carbon neutral development pathways.”

African Heads of State and Government instituted Africa Day during COP17 in Durban.