Africa needs to adapt to the consequences of climate change, Akinwumi Adesina says 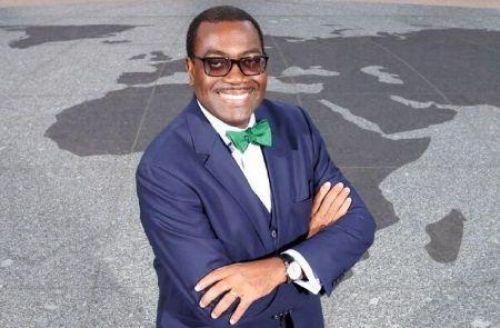 (Ecofin Agency) - Africa is the part of the world that pollutes the least but pays the heaviest price of climate change. Efforts to stop the problem face the lack of support from wealthy countries. The same scenario applies when it comes to the fight against the Covid-19 pandemic.

Akinwumi Adesina (pictured), President of the African Development Bank (AfDB), has in an interview with French media Le Point discussed various points concerning Africa’s economy. The most discussed topic was that of climate change. Akinwumi Adesina believes that even though Africa is more a victim than a perpetrator, in that case, it needs to adapt to the consequences.

“We believe at the African Development Bank that the most important thing for Africa is adaptation. We did not create the problem, but we still have to adapt to the problems created by others," he said.

Although the continent emits less than 4% of all greenhouse gases, it is one of the regions that suffer the most with a harsh impact on productivity. According to the AfDB, the effects of climate change (floods, droughts, cyclones, etc.) cause Africa to lose $7-8 billion per year. Akinwumi says his institution wants to mobilize $25 billion to speed up Climate Change Adaptation on the continent by 2025. When they met in Paris for the 2015 Conference of the Parties (COP 21), rich nations pledged $100 billion in aid for Africa, but the money was never disbursed.

Another point largely discussed by the AfDB’s chairman during his interview was Covid-19, which has affected at least 5.6 million people on the continent and killed at least 146,468.

While vaccination campaigns are going rather well on other continents, especially in developed countries, Africa seems to be the neglected child. Official stats from the disease control center show that just a little more than 1% of the population received the vaccine. However, at least 300 million vaccinations have already been carried out in the European Union.

For Mr. Adesina, this situation is strongly linked to a lack of solidarity from rich countries. "We have done everything possible to react very quickly, but we realize that only 1% of the African population has been vaccinated because the developed countries have bought all the vaccines. We are facing vaccine nationalism. The rich countries have taken care of themselves with little concern for others," he said, adding that "there is also the fact that Africa does not have the vaccines it needs. I think Africa is mistreated by the system.”

To find its way out, Africa “needs to produce its vaccines. We cannot leave the lives of 1.2 billion people aside. We pledge $3 billion in support to the African Union in efforts to produce vaccines. We have also decided to invest in the development of the African pharmaceutical industry,” Akinwumi Adesina says.