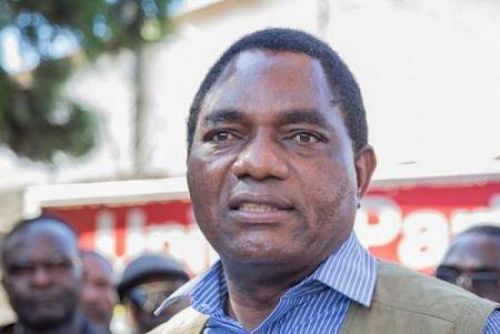 (Ecofin Agency) - Zambia has reached a staff-level agreement with the International Monetary Fund (IMF) for the implementation of an Extended Credit Facility (ECF), the institution announced in a statement published last week.

With financing of $1.4 billion, this new economic program, if validated by the IMF Board, should extend over three years between 2022 and 2025. It “is based on the authorities’ plans to undertake bold and ambitious economic reforms,” the Fund said. Although the details of the reforms to be implemented have not yet been announced, they are expected to consolidate Zambia's public finances and, in particular, stabilize the level of public debt.

At the end of 2020, the country defaulted on the repayment of three Eurobonds and asked its creditors for a new grace period. Before the request is accepted, the creditors require Zambia to reach a deal with the IMF.

As a reminder, IMF estimates Zambia’s public debt at 101% of GDP and the World Bank estimates its stock of external debt at 120% of GDP in 2020. Over this period, the Zambian economy entered a -3% recession due to drought, difficulties in the mining sector, and the Covid-19 pandemic.

With its economic recovery strategy, President Hakainde Hichilema seeks to send a positive signal to financial partners and has already announced ongoing discussions with the IMF and World Bank. Under former President Edgar Lungu, the government tried several times to implement austerity measures to reduce the public debt burden, but without success. For 2021, the IMF expects the country's economic growth to recover only slightly to 1% compared to last year.