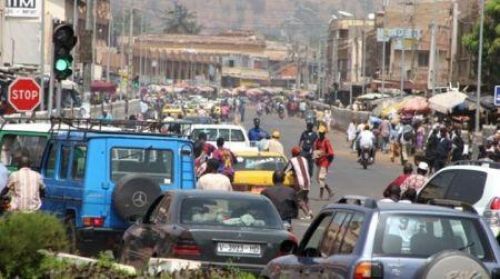 (Ecofin Agency) - In a first report on global economic prospects for 2021, issued on January 5, the World Bank forecasted a slow recovery for sub-Saharan Africa with a growth rate seen at 2.7% for the year. The figure is below the initial June 2020 forecast of 3.1% for 2021.

The institution said the downward revision in growth for this part of Africa is due to the harsh effects that the coronavirus pandemic has had on many economies in the region. According to official figures, Covid-19 is expected to drop per capita income by 0.2% this year, making it even harder for emerging countries to achieve the sustainable development goals. The scenario would push tens of millions of people into extreme poverty, World Bank worries.

A good note in the report is the gradual improvement in exports within SSA, thanks to the resumption of activities with main trade partners driven by ‘encouraging announcements in terms of the formulation and deployment of Covid-19 vaccines as well as new fiscal stimulus packages’; although consumption and private investment could take longer to recover.

After they suffered strong decline in growth last year due to the pandemic, Nigeria (-4.1%) and South Africa (-7.8%), the continent’s two largest economies, are forecasted to post slight improvement by 1.1% and 3.3% in 2021.
A recovery threatened by downside risks
According to the World Bank, the outlook for Sub-Saharan Africa is exposed to several downside risks. These include the possibility of lower-than-expected growth in major trading partners.

The institution also fears that large-scale distribution of a covid-19 vaccine in the region will face many obstacles, including inadequate transport infrastructure and the weakness of health systems.

“These difficulties, further compounded by natural disasters, such as the recent floods that caused considerable damage, and increased insecurity, particularly in the Sahel, could delay recovery," the World Bank said.

Finally, public debt, which has risen significantly in the region to an estimated 70% of GDP on average over the past year, is contributing to heightened concerns about debt sustainability in some countries.

A heavier-than-expected Covid-19 impact in 2020
According to the latest available estimates published in the report, output in Sub-Saharan Africa contracted by 3.7% last year due to Covid-19 and lockdown-induced economic disruptions.

This downturn in economic activity in the region over the past year is much greater than the World Bank's June 2020 projections of 2.8% of GDP. Per capita income went down by 6.1% in 2020 and the average standard of living fell back to the level recorded more than a decade ago in a quarter of the region's countries, the report says.

The most affected countries are those where the pandemic has hit the hardest (South Africa), those heavily dependent on the travel and tourism sectors (Cape Verde, Ethiopia, Mauritius, Seychelles) and those that export commodities, especially oil (Nigeria, Angola, Republic of Congo, Equatorial Guinea, South Sudan).