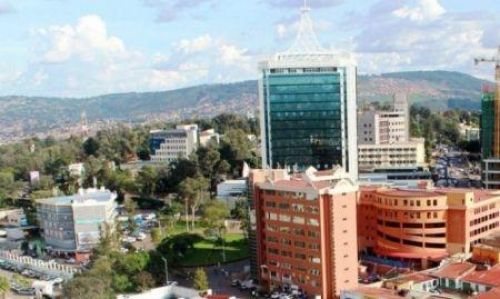 (Ecofin Agency) - In Rwanda, real GDP grew by 10.9% in 2021. This is the estimate presented by an IMF team in an end-of-mission release issued on April 5, 2022, in the framework of an economic program supported by the IMF Policy Coordination Instrument (PCI). According to the release, the rebound comes after a 3.4% contraction recorded by the country in 2020. It is due to a “swift policy response to the pandemic, including an accelerated vaccination campaign.”

According to the Africa Centres for Disease Control and Prevention (Africa CDC), Rwanda has one of the most successful vaccination campaigns in Africa. As of March 30, 2021, 62.6% of the country's population was already fully vaccinated while 68.5% had received a dose of the vaccine.  In addition, the restrictive measures were gradually lifted.

Despite this exceptional recovery, IMF says that for 2022, many risks continue to weigh on the economy. The risks include rising food and energy prices, which pushed inflation up by 5.8% last February.

“The rapidly changing global environment and spillovers related to the war in Ukraine are posing important challenges for countries around the world, including Rwanda. It is expected to weigh on Rwanda’s economic recovery on top of the lingering effects of the pandemic through deterioration in external conditions, including weaker-than-expected recovery in trading partners and further increases in international food and energy prices. Although the magnitude of the impact is difficult to foresee at this juncture, staff will revise growth projections down relative to the previous review, with risks tilted to the downside,” the release reads.

“Immediate policy priorities are to preserve fiscal and financial stability and mitigate the impact of the ongoing external shock on the most vulnerable[...] The National Bank of Rwanda (NBR) should stand ready to take appropriate action to contain second-round effects of higher imported prices on inflation while also considering the evolving outlook for growth,” it continued.

Despite these pressures, the IMF indicates, there are signs the country could mitigate the impact of those risks on its economy. For instance,  in response to rising inflation, the central bank raised its policy rate by 50 basis points, and fiscal performance in the first half of FY21/22 was in line with expectations. The exchange rate of the Rwandan franc has remained stable and current foreign exchange reserves are sufficient to cover more than 4 months of imports.

“Given the unusual economic uncertainty in the wake of the war in Ukraine, follow-up discussions will be needed over the coming weeks,” the IMF stresses.

The PCI was introduced by the Bretton Woods institution in 2017, to support countries that did not need its financial support.