Morocco to open its air borders next June 15 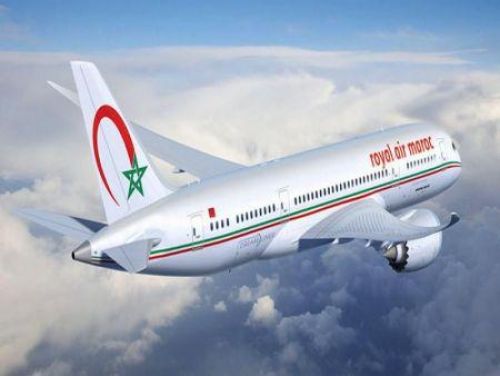 (Ecofin Agency) - Morocco will open its borders to international flights as from next June 15. The information was reported in a June 6 statement by the Foreign Ministry.

The flight resumption will follow an approach that "combines a gradual opening [...] and preservation of the achievements made by the country to contain the spread of the coronavirus," the statement said.

Under this strategy, the Moroccan government has set up two lists of countries based on the Covid situation. Passengers coming from countries on List A will be able to enter Morocco only after presenting a vaccination certificate or a negative covid-19 test dating no more than 48 hours before the date of presentation. On the other hand, passengers coming from List B will have to "obtain exceptional authorizations before traveling, present a negative PCR test dated less than 48 hours from the date of entry to the national territory, and then submit to a 10-day sanitary isolation."

Authorities said countries put on list B are not affected by the relief measures because of the presence of variants of the virus or the lack of accurate data on the evolution of the pandemic. These include Algeria, South Africa, Benin, Central African Republic, Cameroon, and Sudan. “Both lists will be updated regularly at least twice a month as needed," according to the statement.

To control the spread of the virus, Morocco had declared a state of emergency and closed its land and air borders in March 2020. Later on, the country initiated a partial reopening of borders until March 2021 when, with the increased risk, a new closure was ordered.

However, with the implementation of the vaccination campaign and a downward trend in the number of cases, Morocco has decided to ease the restriction measures. Since the end of May, cafés and restaurants have been allowed to reopen and the curfew has been extended to 11 pm. The resumption of flights is a further step towards a relative return to normalcy and should contribute to the recovery of activities in sectors such as tourism, which suffered a 53.8% drop in revenue in 2020.

Moreover, Morocco is planning the return of nationals residing abroad, by sea, as part of the "Marhaba 2021" operation, which takes place every year between June 15 and September 15. People who plan to return home under this operation are required to present a negative PCR test, but also undergo a test onboard the ships to "ensure maximum health security for them and their relatives."