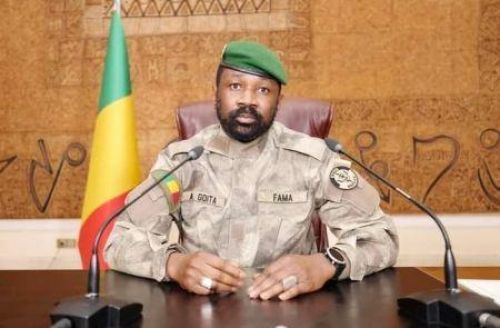 In Mali, the military junta will pass the helm to a civilian government in the next two years. The decision was officialized in a decree signed, Monday (June 6) by interim President Assimi Goïta (photo).

The transition period is amended two days after the ECOWAS summit scheduled in Ghana last Saturday, June 4.  The summit was organized to review the sanctions imposed on the ruling juntas in Guinea, Mali, and Burkina Faso. However, according to anonymous sources, it was postponed to July 3 due to “disagreements” between Heads of State (over sanctions imposed on Mali notably).

A few months ago, interim Malian authorities announced the transition period could last up to five years. The timeframe, which is longer than the international community’s recommendations, triggered the ire of ECOWAS Heads of State. The regional political and economic union then added new sanctions to the package already imposed on Mali.

According some observers, part of the sanctions could be lifted when the Heads of State meet next. Nevertheless, although the recent decree seems to be an argument confirming their hypothesis, the ECOWAS could well apply further pressure for an even shorter deadline.