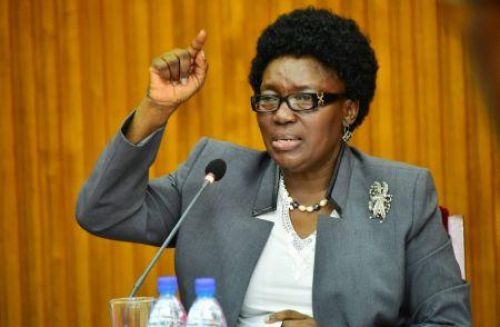 (Ecofin Agency) - Kiswahili, a language spoken in more than ten African countries, is one of the ten most spoken languages in the world, with over 200 million speakers, according to the United Nations. The council being established and several other initiatives aim to make it more popular, among the younger generation especially.

Uganda is currently moving to establish a national council for the promotion of Kiswahili, according to a release published Tuesday (September 6), by the national parliament.

For First Deputy Prime Minister Rebecca Kadaga (photo), Uganda wants to establish the council because “there is the need to enhance ability to communicate in Kiswahili by business persons engaging in cross-border trade.” The council will thus contribute to the enhancement of “intra-regional trade and [faciliate] the implementation of the Common Market Protocol,” she added.

The government official also revealed that a program to establish East African Community clubs in secondary schools is being coordinated to make Kiswahili popular among students.

“The council is expected to focus on Kiswahili research, journal and manual publications, complement efforts to translate key EAC policy documents and execute outreach activities to promote Kiswahili,” indicates the release from the parliament.

On July 5, 2022, Uganda expressed wishes to see Kiswahili taught as a compulsory subject in primary and secondary schools within the East African Community. Years earlier, on August 26, 2016, the EAC Legislative Assembly passed a resolution urging the 21st Summit of Heads of State of the Community to consider amending Article 137(2) of the Treaty. The amendment, which was to make Kiswahili the second official language in the community, was effectively passed.