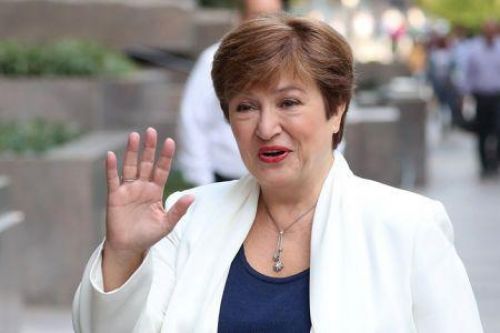 (Ecofin Agency) - Gerry Rice, Director of IMF Communications Department, announced in a tweet that Kristalina Georgieva, the institution’s Managing Director, will visit Senegal and the DR Congo this week. From December 8 to 11, Kristalina will meet with Presidents Tshisekedi and Macky Sall, as well as the political leaders and civil society in both countries.

As Covid-19 continues to spread, African countries still lack sufficient financial resources to get their heads above water. Following the allocation of $650 billion in Special Drawing Rights (SDRs) to facilitate the global recovery, the IMF committed to developing countries, particularly in Africa, to ensure that their share of this financing would reach $100 billion. This commitment is based on a principle of solidarity between the richest countries and the poorest. But almost four months after the SDRs are issued, only Canada, France, the United Kingdom, Japan, and China have publicly committed to this process.

In early 2020, the Senegalese President was one of the first African presidents to advocate for African debt relief and increased support from international donors. With Félix Tshisekedi, the current president of the African Union (AU), the IMF Director will discuss the continent’s vaccine strategy. According to figures from Africa CDC, Africa is still lagging in implementing an effective vaccination campaign. Only 7% of the continent's population has been fully immunized while 10% has received at least one dose of vaccine.

While Africa continues negotiations to secure additional doses of the Covid-19 vaccine, it has also begun a strategy to strengthen local production. The Institut Pasteur in Dakar is expected to play a special role in this strategy, especially since Macky Sall will be chairing the AU in 2022. For now, the continent’s rapid economic recovery is conditioned on the implementation of a mass vaccination campaign.

Although expected to grow by 3.7% this year (IMF estimate), SSA's economic growth should be the lowest of all regions, in contrast to previous years when countries south of the Sahara had the strongest growth in the world.