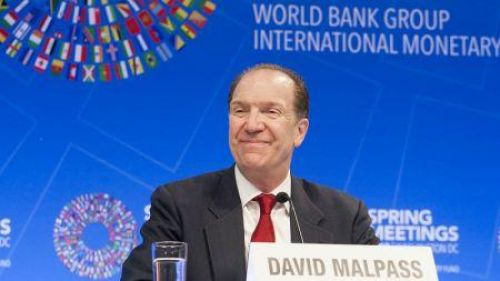 (Ecofin Agency) - During the World Bank Spring Meetings that started last April 5, David Malpass (pictured), the Head of the World Bank Group, called on the members of the G20 to better support poor countries in the management of their debt. He however hailed the efforts so far deployed in that direction.

According to him, the G20 countries must be more transparent in publishing data on their debt on the poorest countries. This data is essential to better identify the financing difficulties faced by the poorest countries in the fight against covid-19, which has already significantly reduced their main sources of income.

"I urge all G20 countries to disclose the terms of their financing contracts, including rescheduling, and to support the World Bank’s efforts to reconcile borrowers’ debt data more fully with that of creditors,” he said.

In 2020, the G20 countries adopted a strategy of suspending debt repayments for developing countries to allow them to free up the financial resources needed to deal with the current economic and health crisis. However, even though this moratorium has been regularly extended since its inception, it is considered to be insufficient to meet all the challenges facing the poorest countries.

In Africa, where the issue of debt is particularly debated, countries are lobbying for special drawing rights (SDRs) from the IMF, if the debt is not completely canceled. For his part, David Malpass insists on an increase in concessional loans and grants for the countries that need them most.

Last year, the World Bank's assistance to the most vulnerable countries resulted in a record 65% growth in the institution's commitments to over $100 billion and "a rapid doubling of our trade and working capital financing to fill the banking vacuum that has hit the private sectors." This year, the institution plans to engage in immunization campaigns in 50 countries.