Nigeria to build a $3.9 bln port in Delta state 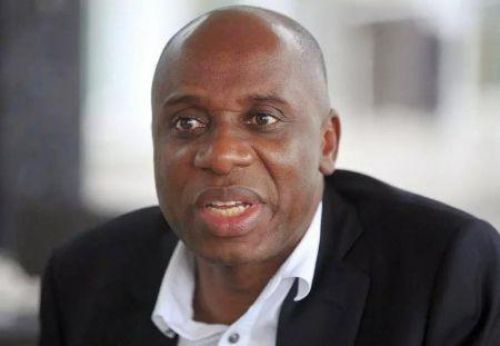 (Ecofin Agency) - Nigeria has just approved the construction of a $3.9 billion port in Delta state, transport minister Rotimi Amaechi (photo) revealed this week in an interview with News Agency of Nigeria (NAN).

According to the official, the new infrastructure should be built in Warri whose economy is mainly based on oil refinery and other oil and natural gas activities. New railway infrastructures should also be built to link the new port to Abuja and to Itakpe, in Kogi state (known for its iron reserves).

The new projects are part of the government's strategy to boost its oil-dependent economy via increased investments in infrastructures, reduce transports costs and boost the trade sector.

In March 2019, investment minister Okechukwu Enelamah indicated that the government was planning to invest $20 billion in the infrastructure sector in the coming ten years.

For the time being, there are no details as to how the project would be funded or the quick off date.